The SC Dept. of Public Safety Will No Longer Send Christian Propaganda to Grieving Citizens

The letter was sent after an atheist received Kenneth C. Haugk‘s book A Time to Grieve, unannounced and never requested, from the state department. While the book is designed to help people cope with dead, it’s also a tool to promote Christianity, and for that reason, the state never should have sent it out. 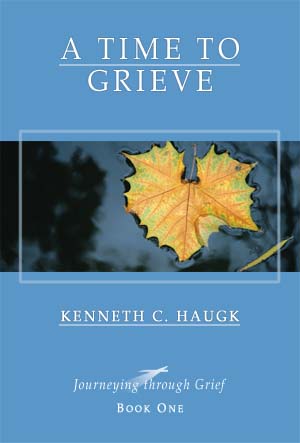 The letter was all it took.

Public Safety Department spokesman Sherri Iacobelli says the agency immediately reversed course on the book titled “A Time to Grieve” after receiving a letter from the American Humanist Association on behalf of an atheist whose father died.

The state spent $6,426 on a one-time buy of the books, using money from fees collected from people requesting accident reports and the department’s miscellaneous public funds, Iacobelli said.

Troopers will continue to send sympathy cards and instead give out a booklet with practical advice for grieving families, Iacobelli said.

That’s thousands of taxpayer dollars spent telling Jews, Muslims, atheists, and others that the Christian God will help them deal with death.

“We have never seen a government office send out Christian literature without even knowing anything about the religious background of the person it is being sent to. This is really just stunning and incredibly insensitive. A church-state violation like this is pretty jaw dropping,” [the AHA’s Legal Director David] Niose told the Anderson Independent-Mail.

I was able to get in contact with the grieving atheist who started this whole process — she requested anonymity — to get her thoughts on the reversal:

I am also happy to see that they plan to replace it with a booklet of practical information and advice.

I appreciate the thought behind the original book — I don’t believe that any individual involved had any ill intentions. I am very happy to know that the original intent remains, and that the idea will be executed in a way that includes all who receive it.

I hope that many families are given the opportunity to utilize resources that will help them deal with the grief of losing a loved one as a result.

It’s incredible that anyone in that office thought a Christian book would be a good idea… but it’s South Carolina. What else would you expect?

January 6, 2017
"Take Darwin to Church" Program Urges Pastors to Have Scientists Speak to Their Congregations
Next Post

January 7, 2017 Even Glenn Beck is Criticizing the Christian Charity That Rejected a Large Donation from Atheists
Browse Our Archives
What Are Your Thoughts?leave a comment