Dr. Benjamin Corey, a progressive Christian blogger at Patheos, posted an interesting article yesterday about things he wishes atheists would stop doing. He means it in a helpful way, so let’s go through the points. 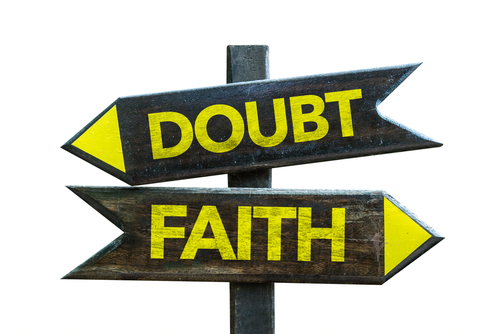 A couple of them are fairly obvious and I agree with him. Atheists shouldn’t say or suggest that Christians are “a bunch of uneducated or unenlightened idiots.” It’s just not true, it’s unfair to generalize like that, and it’s not like every atheist is so damn brilliant.

Corey also says we should “stop insisting that we read our Bible like right-wing fundamentalists.” And that’s fair — to an extent. Not every Christian takes the Book of Genesis literally like Creationists do. (Though a hell of a lot of them do.) But plenty of Christians, including mainstream ones, love to throw Bible verses at us, expecting us to take them at face value. Those verses are okay to take literally. Just not the embarrassing ones. Got it?

One of his points, I thought, was a complete straw man: “Maybe lay off the whole, ‘religion hasn’t done any good for humanity’ type of argument, because it’s obnoxiously untrue.”

I can’t recall the last time I heard an atheist say that. You’d have to be willfully ignorant to avoid all the good things people do in the name of religion, whether it’s feeding the hungry, providing disaster relief, or offering emotional support for grieving people. Sure, we can argue against the proselytizing aspects of all that, but there’s no doubt in my mind that Christians help people. They do a lot of damage, too, but that’s a separate issue.

The one item on the list that made no sense was this one: “Please stop referring to our belief system(s) as fairy tales.”

Well… it is. You could make the argument that we shouldn’t say it because it’ll shut down any conversation before it even begins. But to say that belief in God isn’t delusional? We’d be lying if we pretended otherwise.

Corey gets around this by saying there’s nothing wrong with his ethical views (“love your neighbor, love your enemies”)… but that’s not what we’re talking about. Forget the idea of a bearded God who lives on a cloud. Even progressive Christians believe in a Jesus who performed miracles and rose from the dead. They believe in a God who cares about us and listens to our prayers. They think there’s an afterlife. There’s absolutely no reason to think any of that stuff is true, and that’s why we say it’s a myth.

Let’s put it another way: I’m going to treat your religion that same way you treat every other religion. Good luck finding Christians who take the Qur’an or Book of Mormon seriously because they don’t think it’s a fairy tale.

It’s been said before, but there’s no “nice” way to tell people their religious beliefs are delusional. All we can do is be honest — and preferably tactful in how we deliver the message.

I appreciate Corey’s attempt to offer advice to atheists. We could use more liberal Christians who never let up when it comes to criticizing people in their own community. He wrote the piece in an effort to build bridges and I’ll accept it in that manner. We have far more we have in common, I’d suspect, than he does with fundamentalist Christians. So here’s to more of these conversations.