Even Glenn Beck is Criticizing the Christian Charity That Rejected a Large Donation from Atheists January 7, 2017 Hemant Mehta

Glenn Beck was the voice of reason on his Blaze TV show during a discussion about atheists. He’s been making a lot of sense lately. It’s scary. 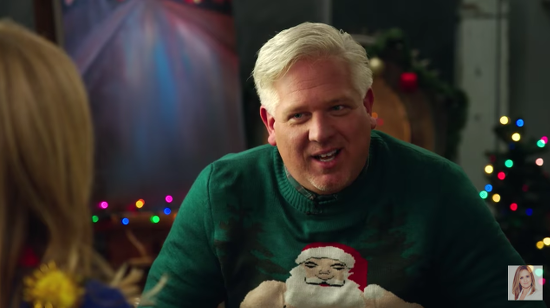 This time, Beck and his team were discussing atheist Matt Wilbourn, who tried to donate more than $25,000 to a Christian children’s home in Oklahoma a few months ago on behalf of the Muskogee Atheist Community… only to have the gift rejected because the Murrow Indian Children’s Home didn’t want to publicize the atheist group the same way they publicize their other donors.

Beck was dumbfounded by this. The clip begins at the 36:40 mark below.

That’s nuts… if you wanna help me help the world — unless it’s blood money, unless you’re Al Capone and this is ill-gotten money — I’ll take it from you!… It’s not going to change a thing I do! There’s no connection to that money.

That’s a perfectly sensible reaction. No one was asking the Christian group to do anything differently. And the atheists who gave the money weren’t bad people. Matt just wanted his group to receive the same treatment as other donors — and the Christians running the group selfishly refused to do it. They didn’t want to print his group’s name in one of their pamphlets even if it meant there would be $25,000+ more for the kids in their care.

One of Beck’s co-hosts, Jason Buttrill, disagreed. He chimed in to say he, too, would have rejected the money from atheists, using the same argument we heard the other day — that Matt was just trying to get publicity for his organization.

He wanted the credit shown up… on their website…

And the response from Beck and the others?

Who cares? What’s the problem? No one was ever going to think the Christian group was giving up its commitment to the faith by saying atheists were donors. Hell, Beck even pointed out it would’ve looked good for the Christians: “The atheists had to come to the Christians, because the Christians were doing the work!”

(Buttrill, by the way, is the same reporter who was suspended by The Blaze after shooting at ISIS fighters while on assignment in Iraq — putting other reporters at risk.)

So… thanks, Glenn Beck, for standing up for atheists who were doing the right thing.

Oh god. I need to take a shower now.

(Screenshot via Full Frontal. Thanks to Kyle for the link)

January 7, 2017
The SC Dept. of Public Safety Will No Longer Send Christian Propaganda to Grieving Citizens
Next Post