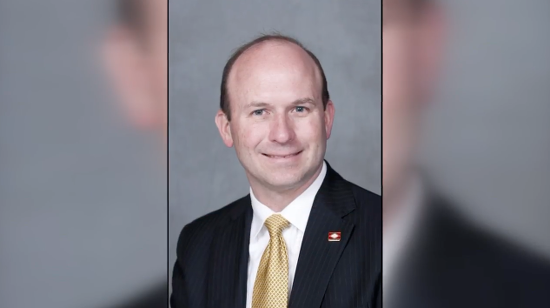 Beginning in January of 2013, State Rep. Micah Neal (above) worked with a senator to give $600,000 in taxpayer money to two non-profits in the state in exchange for bribes. One of those groups was Ecclesia College in the northwest part of the state. The small Bible school received a $200,000 gift from Neal and the other politician; in return, Neal got a kickback of $18,000. (Overall, Neal used his authority to give away $600,000, earning himself a total of $38,000.)

Ecclesia College’s Board of Regents includes David Barton and Eric Metaxas, though there’s no evidence that either of them knew about this scandal as it was happening. (The school is actually home to the David Barton School of Political Science. Stop laughing.) 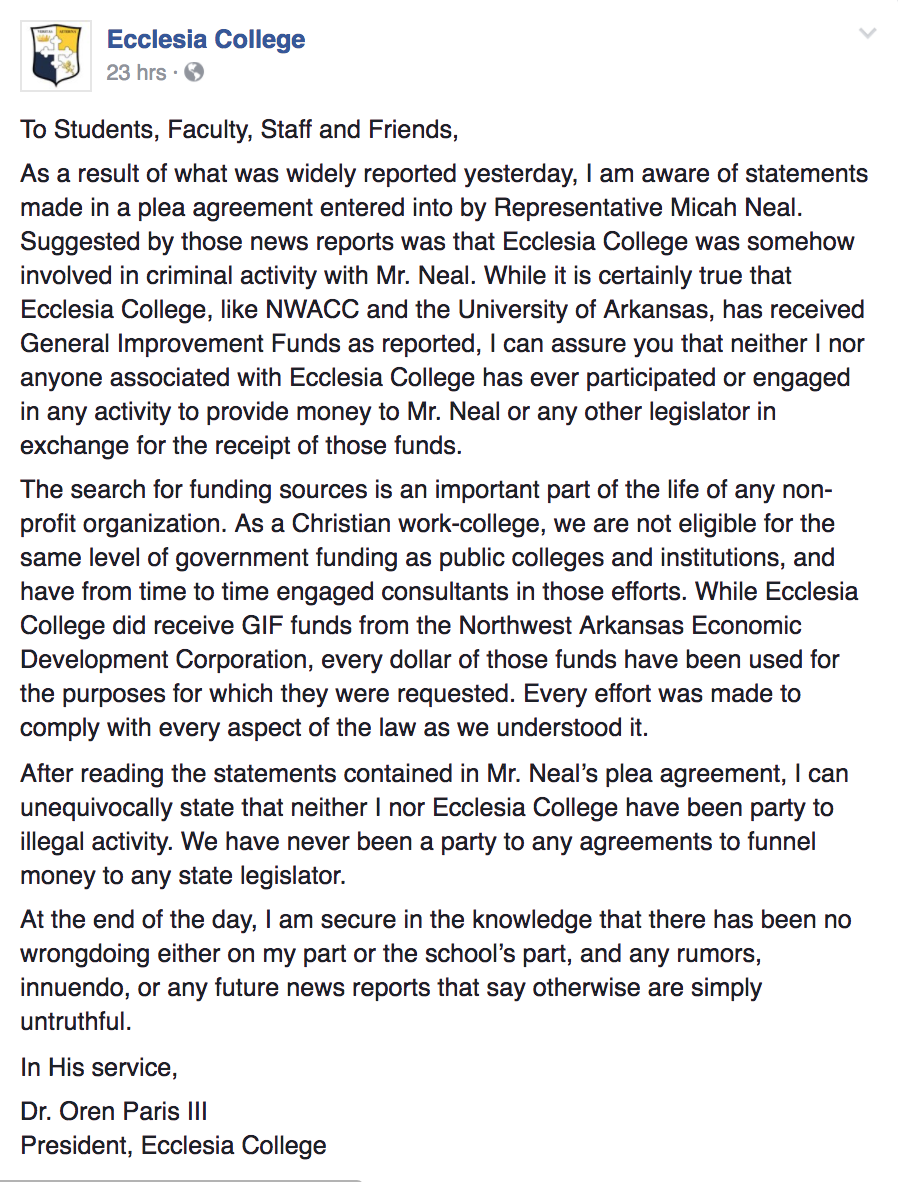 After reading the statements contained in Mr. Neal’s plea agreement, I can unequivocally state that neither I nor Ecclesia College have been party to illegal activity. We have never been a party to any agreements to funnel money to any state legislator.

At the end of the day, I am secure in the knowledge that there has been no wrongdoing either on my part or the school’s part, and any rumors, innuendo, or any future news reports that say otherwise are simply untruthful.

The Plea Agreement, however, suggests that the President of one of the two non-profit groups — all signs point to Paris (a.k.a. “Person B”) — was actively involved in the scandal. If that’s confirmed, it’d be a major blow to the school and its leader. This Facebook post could also easily come back to haunt him.

Neal pled guilty to the charges of bribery, perhaps to avoid a drawn-out trial. He faces up to 20 years in prison on top of a $250,000 fine. However, as a first-time offender, it’s unlikely that he’d get anything like that. The most recent post in his Twitter timeline is a retweet that says, “Praise God even when you dont understand what He’s doing.”

Tell me again how religion makes you more ethical?

January 6, 2017
A Utah Family's Car Was Stolen As They Were Inside the House Praying
Next Post

January 6, 2017 "Take Darwin to Church" Program Urges Pastors to Have Scientists Speak to Their Congregations
Browse Our Archives
What Are Your Thoughts?leave a comment