There’s a Simple Way to Know the Truth About the Facebook “Demon” January 5, 2017 Hemant Mehta

According to all of your annoying relatives on Facebook, Arizona native Richard Christianson managed to take a picture of a real-life demon!

Or maybe it was an angel.

Whatever it was, a hell of a lot of people shared it. 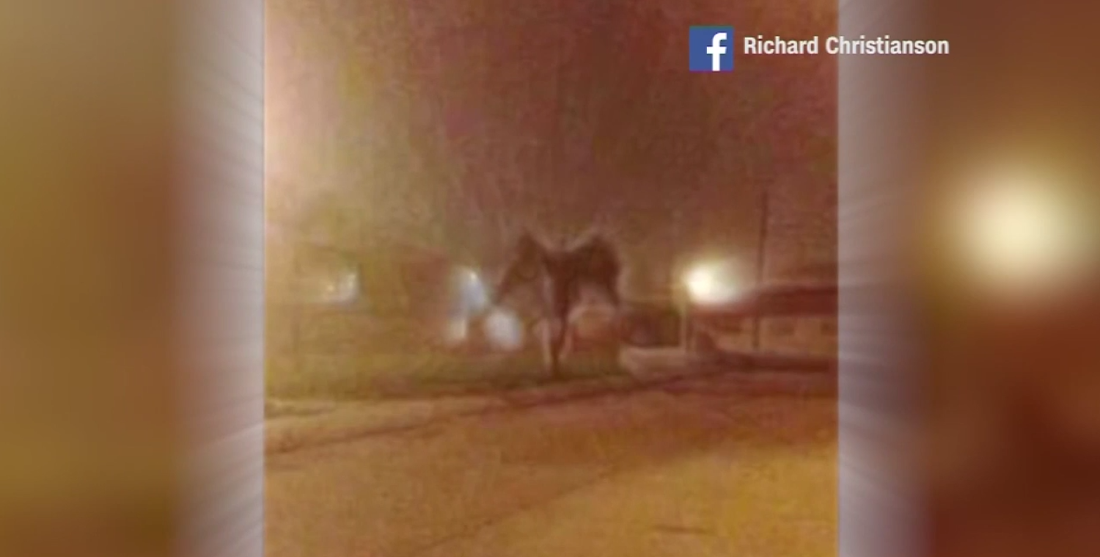 The picture has now been shared more than 85,000 times and has sparked a philosophical discussion on whether people are seeing a “demon” or and “angel.” The post has garnered more than 10,000 comments with people giving their opinion on the figure.

Christianson appears to have taken down his page since the post went viral, but the debate continues to rage. Which is ridiculous since there’s a really easy way to figure out what we’re looking at.

Just take a picture in the same location during the day.

Maybe we’ll see another palm tree and realize it was just odd lighting. Whatever it is, there’s no reason there should be this much speculation. If anyone actually wanted to know the answer, there’s a way to find it.

But the people saying it’s an angel or demon don’t actually care about the real answer. Just as it is with God, they get more satisfaction out of their willful ignorance than they would in asking better questions and figuring out what’s really going on.

The media isn’t helping either. Check out this line from USA Today‘s story about the image:

Whether someone actually opened the gates of Hell or if it’s photoshop we may never know.

“We may never know”? What sort of bullshit reporting is that?! We can absolutely know — it’s just a matter of someone figuring out where Christianson took this picture and going there. It’s irresponsible for a newspaper to suggest that there’s a real possibility that someone “opened the gates of Hell.”

January 5, 2017
This Is What You Get For Reading Murder Magazine
Next Post