There’s a new scandal involving a Catholic priest. While it (thankfully) doesn’t involve children, the accusations are serious enough that law enforcement is looking into his actions and the details are astonishing.

Father Andrea Contin, who lives and works in the northern region of Italy, is being investigated after three female members of his congregation complained about him to local authorities. 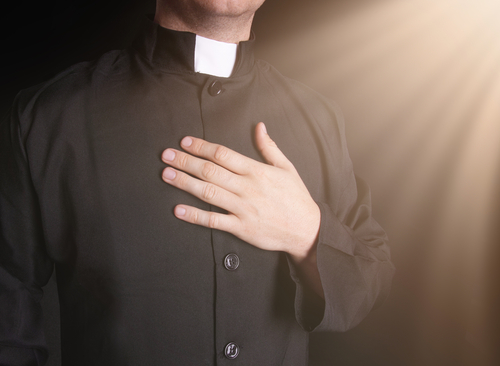 He is accused of farming out some of his lovers to men on wife-swapping websites, according to The Times.

The priest also allegedly took his female friends for stays at a naturist and swingers resort in Cap d’Agde on the southern French coast.

If this were Andrea Contin, the random sex-obsessed Italian, most of these accusations would fall under the category of “none of anybody else’s damn business.” But because he’s a Catholic priest who presumably supports his Church’s positions on homosexuality, women’s rights, and celibacy, he’s a complete hypocrite. He wants the ability to control everyone else’s sex life, while going wild in his own. He didn’t just commit moral crimes; he may have broken the law.

The Church, as usual, was slow to react.

Complaints were reportedly first made to the local bishop last summer but church authorities did not police, saying they had not yet completed their own investigation.

Contin hasn’t been arrested or charged with any crimes just yet, but he has been suspended from work as the investigation takes place. While the police work ought be cut-and-dry, I’m really curious how the Church will react. Will they take meaningful action outside whatever law enforcement does or will they just look the other way?

(Image via Shutterstock. Thanks to Christine for the link)

January 3, 2017
A Satanic Display in a Florida Park Has Been Vandalized Yet Again
Next Post