Gospel Singer Who Said Gay People Are Perverts Who Will Die Will No Longer Appear on Ellen January 3, 2017 Hemant Mehta

Days after gospel singer Kim Burrell went on a homophobic rant in which she said people with the “homosexual spirit” would die from it, Ellen DeGeneres has disinvited the singer from her show. 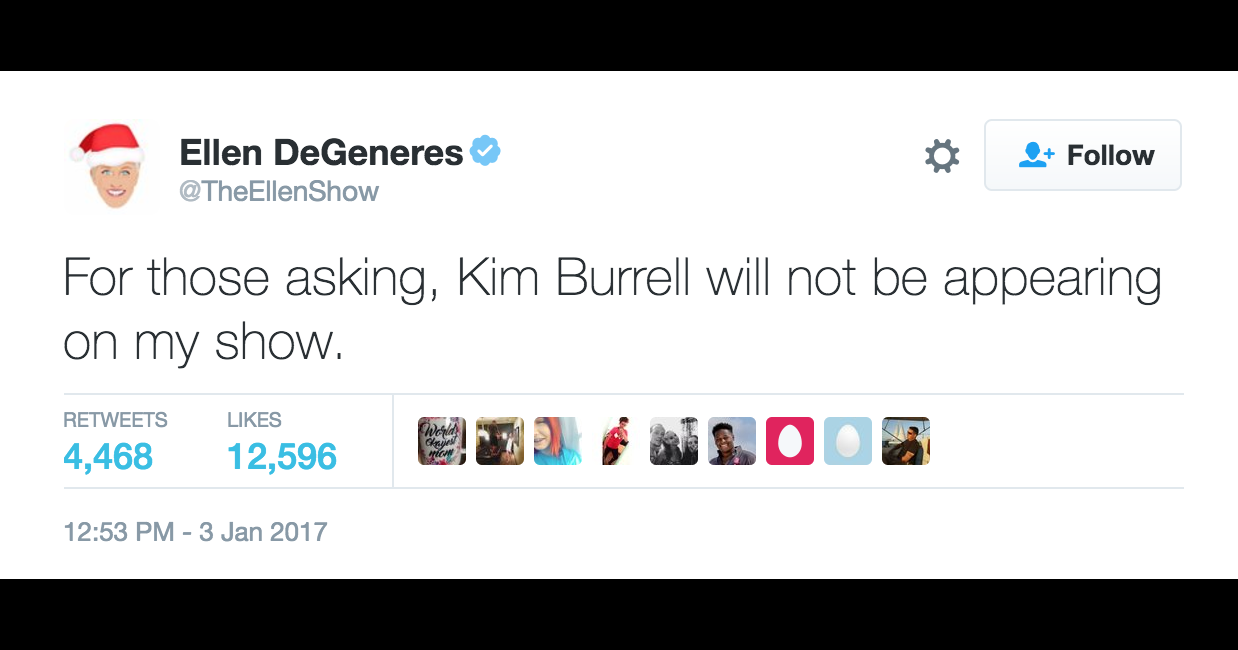 Burrell was scheduled to appear later this week alongside Pharrell Williams to perform a song appearing on the Hidden Figures soundtrack.

Two “apologies” that Burrell posted on Facebook have been taken down — but the original video of her sermon is still online:

… I came to tell you about sin.

That sin nature… That perverted homosexual spirit, and the spirit of delusion and confusion. It has deceived many men and women. It has caused a strain on the body of Christ…

You cannot get instruction from God’s holiness with that much perversion. You as a man, you open your mouth and take a man’s penis in your face, you are perverted…

You are a woman and will shake your face in another woman’s breast, you are perverted.

It has come into our church and it has vanquished the kingdom of God. Mr. “I am delivered“… went all the way to Jimmy Kimmel…

… Because nobody would be thinking you had AIDS if a homosexual man didn’t come out and reveal what you did behind closed doors.

Goodbye and good riddance. If only politicians who were this homophobic suffered the same sort of immediate social punishment.

To be sure, none of this is censorship. None of this is a violation of Burrell’s free speech. She has every right to preach her faith-based bigotry. No one’s stopping her.

What’s happening now is that Burrell is facing the cultural consequences of what she said, and no law can prevent that.

January 3, 2017
The Next Secretary of Agriculture May Be a Former Governor Who Thought Prayer Would End a Drought
Next Post

January 3, 2017 Pope Francis Saying There's a “Zero Tolerance" Policy for Pedophile Priests is Too Little Too Late
Browse Our Archives
What Are Your Thoughts?leave a comment