A Domino’s Driver Was Proselytizing With Pizza Orders Until a Customer Called Him Out On It January 3, 2017 Hemant Mehta

When Andrea Stone ordered some food from a local Domino’s in Indianapolis last week, she didn’t realize she’d be receiving pizza and proselytizing.

Her food came with a pamphlet saying “Eternal life is a free gift.” 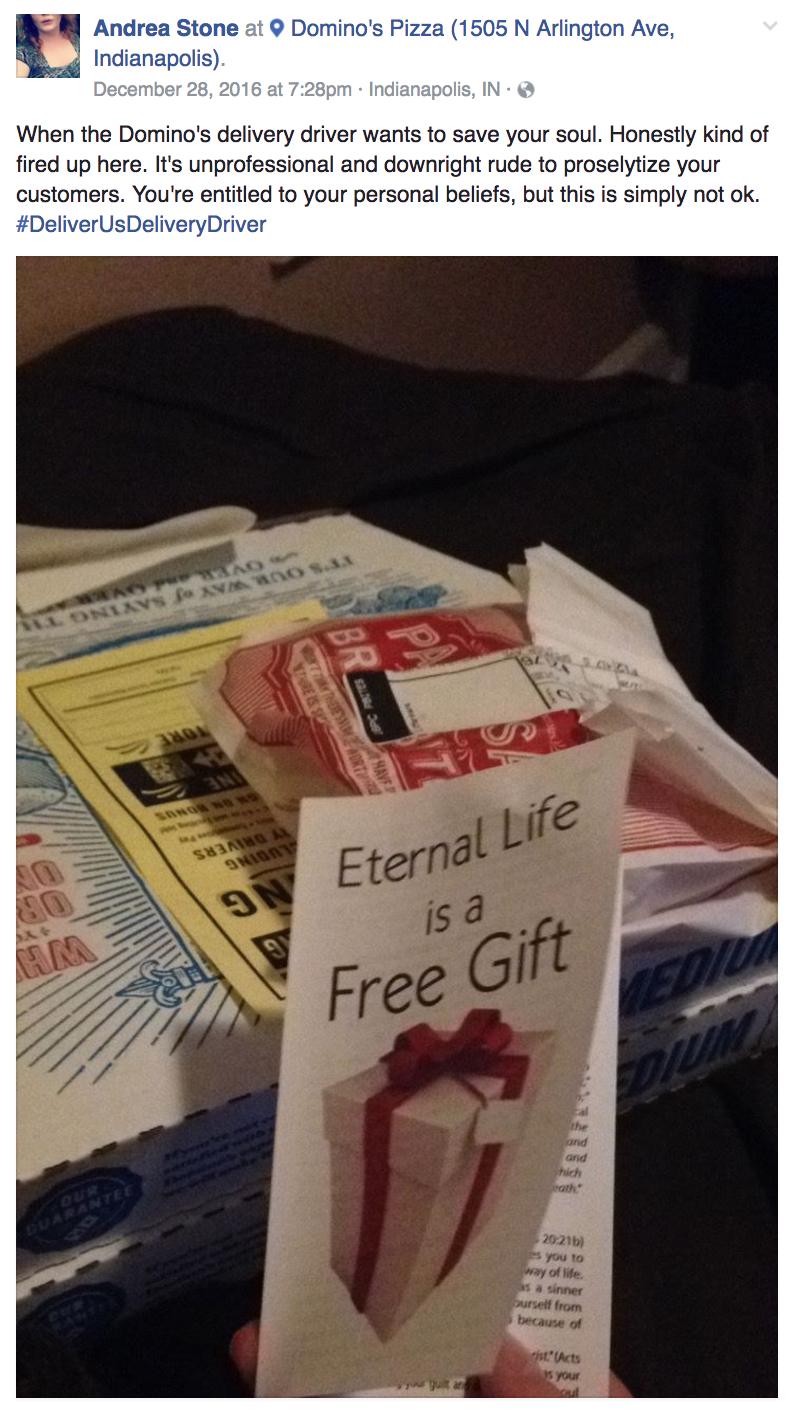 Stone says [the delivery man] told her, “‘Here’s your pizza, here’s your two liter, here’s your blessing’ and hands me a pamphlet.

“Honestly, at first, I was just kind of dumbfounded. I didn’t know what to say, I just kind of took my pizza and went inside. And as I sat and thought about it, I got more and more irritated.“

Stone’s Facebook post about it hit the nail on the head. She called this “unprofessional” and “rude,” and she’s right. Christians would be calling for a boycott of the entire company if a single Domino’s store dared to hand out Satanic or Islamic literature along with their orders. You won’t see them flip out about this, however, because (1) they’re hypocrites and (2) they probably think Stone is the problem for complaining about it.

To be sure, this was just one driver. A local news team reached out to him, and he said he began handing out the pamphlets a couple of weeks ago after he was shot at — he began rethinking his life choices and that’s when the pamphlets came out. He added that one of his superiors spoke with him and he promised to stop. A corporate spokesperson added that Domino’s “does not subscribe to or endorse any single religion.”

That means Stone’s post was enough to put an end to this nonsense.

And just to state an important point before people make any ignorant comments, what this driver did wasn’t illegal. Domino’s isn’t the government. It’s a company that can choose to preach or not preach all it wants — in fact, the (now-retired) founder Tom Monaghan is a conservative Catholic who has made headlines in the past for his anti-abortion stance. But, again, he has every right to his beliefs, and the driver has every right to his, even while on the job. Hell, if the company wanted to start converting people to Christianity with every order, they could do that. It’d be an idiotic business decision, but one they get to make. Don’t like it? Don’t buy from them.

But it appears this was a one-off situation that will not be repeated. No more Jesus Crust pizzas.

January 3, 2017
An Atheist Left This Long Message in a Hotel Room Bible
Next Post 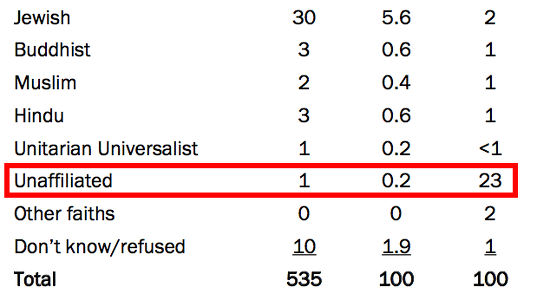