Rwanda’s long national nightmare is finally over: Witchcraft has been banned from soccer matches.

In a recent game between two Rwandan Premier League teams, player Moussa Camara missed a shot that hit the goalpost. He then ran to that goalpost and did… something. 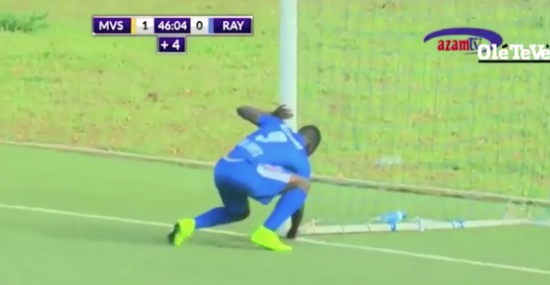 We don’t know exactly what he did, but he earned a yellow card (penalty) for it… and a few minutes later, his team scored the game-tying goal. Their opponents were furious, as if Camara’s “witchcraft,” and not their poor defense, was to blame for giving up the goal.

It has decided to fine any player seen to take part in witchcraft, with a 100,000 Rwandan Francs fine — equivalent to around £99.

If a club has been involved they will lose three points and face a fine of 2.9million RWF (about £2,890).

To be fair, the league’s vice president said this rule was only implemented to tide everyone over. He even admitted that there’s no proof of witchcraft changing the outcome of games.

“However, with the violence between players because of allegations that one team is using it, we have decided to enact laws.”

So the “No Witchcraft” rule isn’t really about witchcraft. It’s about calming down the players dumb enough to think a curse could work against them. Sounds like they’ve had one too many headers…

Somewhere, a Cleveland Browns coach is kicking himself for not thinking of this excuse sooner.