For a couple of years now, the American Humanist Association’s Appignani Humanist Legal Center has been in a legal battle with the Douglas County School District in Colorado.

The issue is that the District has repeatedly promoted religion, doing everything from raising money for a mission trip to wrapping “gift packages with Christian messages to persuade children in developing nations to convert to Christianity.” The latter is part of a program run by evangelist Franklin Graham called Operation Christmas Child. 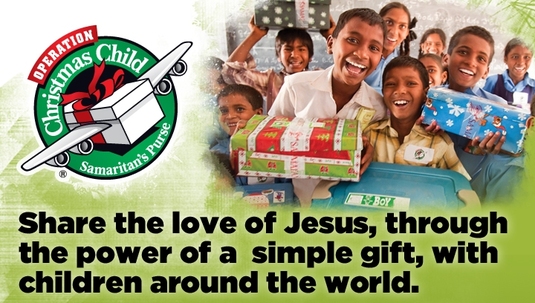 Again, these things would be fine if promoted by a local church, but there’s no reason whatsoever that a public school district should be involved in them. (The lawsuit is currently awaiting a ruling from the Appeals Court over an issue of standing.)

With all that in mind, check out how Becket Law, a conservative legal group, characterized the AHA’s actions:

The non-profit that coordinates the volunteers and sends the boxes, Operation Christmas Child, has been offending the AHA for years. The perpetrator of good deeds asks volunteers to pack shoe boxes for children of various age groups with items including stuffed animals, small toys, school supplies, and basic hygiene items like toothpaste and soap. Since 1993, Operation Christmas Child has provided more than 100 million shoebox gifts to children in more than 130 countries.

“These boxes are filled with school supplies and basic hygiene items,” said Kristina Arriaga, executive director of Becket Law. “It’s heartbreaking enough that there are children who will receive nothing but a toothbrush for Christmas. The American Humanist Association would deny them even that?”

How’s that for spin? There’s no mention whatsoever that Operation Christmas Child is, first and foremost, a tool to convert children to Christianity. It’s part of a ministry that fully intends these shoeboxes to be a gateway into the church. I don’t work for the AHA, but I assure you that they would fully support the children in the District packing shoe boxes for needy kids if they weren’t doing it as part of a religious ministry.

You will never see the people at Becket Law support a program like this if the parent organization’s ultimate goal was to convert children to Islam. But when it’s Christianity, everything is suddenly okay…

Becket Law went a step further, too, giving the AHA a unique award:

Every December Becket gives a lump of coal to a person or organization attempting to take religion out the holidays, fittingly titled “The Ebenezer Award.” Congratulations to this year’s Ebenezer: The American Humanist Association!

“We’re talking about school children putting together care packages for other children who are in need. If we can’t support that at Christmas, we are truly living in Scrooge’s world,” said Arriaga.

Arriaga, again, left out the part about how these care packages are part of a larger plan to convince these children to accept the divinity of Jesus (subtext: Or burn in hell for all eternity).

Who knew that an organization that supposedly cares so much about the Constitution would “punish” a Humanist group doing its best to defend the Establishment Clause?

If only every legal group would follow the AHA’s lead in working hard to earn the distinction.