A Rap About the Atheists in Your Neighborhood December 30, 2016 Hemant Mehta

A Rap About the Atheists in Your Neighborhood 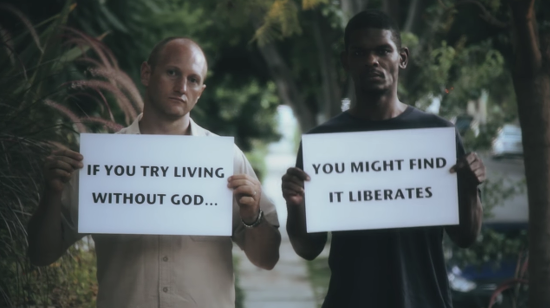 Here’s just a sample of the lyrics:

You’re thinkin’ just because I don’t believe I’m bein’ watched
When I’m alone, that I’m about to go turn into Ghengis Kahn?
Or pull a Sandy Hook on ‘em? Get a grip man
Morality is like a bike, religion’s like a kick stand

You can’t imagine somebody being honest
Without the aid of a crutch, because you’re leaning on it
I get it, but god is not the only scaffolding
That props you up with tough choices when you’re grappling

December 29, 2016
What Should a City Council Do if an Atheist Group's Banner Is Stolen from a Local Park?
Next Post