The Satanic Display in a Florida Park, Vandalized Multiple Times Already, Is Back Up Again December 29, 2016 Hemant Mehta

The Satanic Display in a Florida Park, Vandalized Multiple Times Already, Is Back Up Again

The Satanic display in Boca Raton, Florida’s Sanborn Square park is back up as if it hadn’t been vandalized multiple times. The atheist banner next to it is back up, too — even if it is just handwritten. 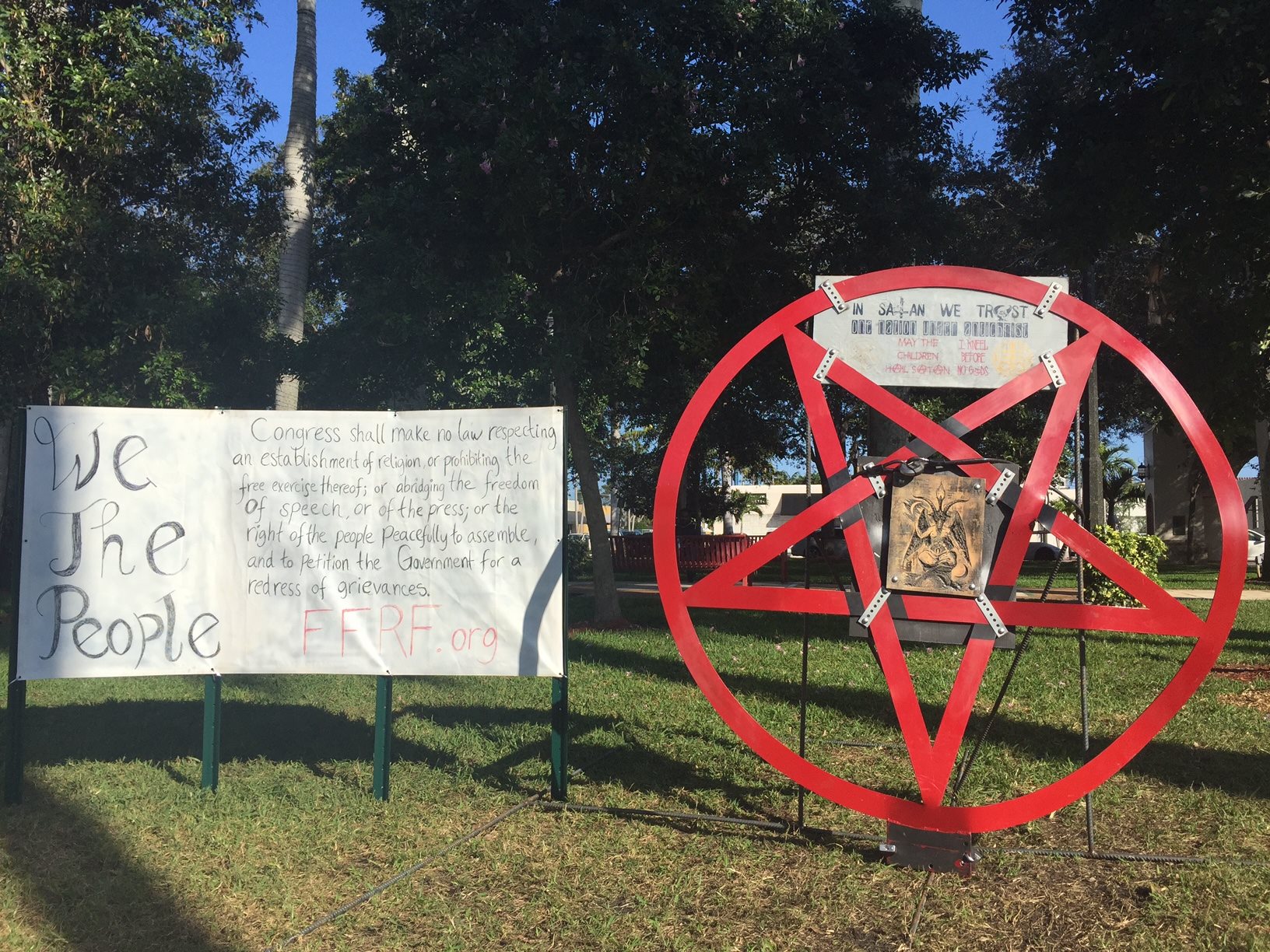 Preston Smith, the Satanist who put up the pentagram, told me his display will be up through January 6. He even got some help, adding that a “sympathetic local welder provided a new base free of charge.”

The atheist banner from the Freedom From Religion Foundation offers the text of the First Amendment. That would include the relevant Establishment Clause saying the government cannot promote religion (or theism).

There’s still an active investigation into the previous acts of vandalism. Smith hopes to see a felony hate crime conviction.

In the meantime, the children of Boca Raton are free to worship Satan in a public park all because Christians insist on putting up a Nativity scene in the same location. Thanks, Jesus!

December 29, 2016
Here's What an Atheist's “Let Reason Prevail” Banner Looks Like After It's Been Slashed Up
Next Post