The 10 Most Popular Posts of the Year

I considered sharing the posts that received the most pageviews this year… but it’s such a crapshoot. Things go viral for no rhyme or reason, and they’re not necessarily the posts I’m most proud of publishing.

So instead, here’s a list of the ten posts people spent the most time reading this year, beginning with the piece you stayed on the longest. It’s a much better reflection of quality, I think, of everything we posted here. 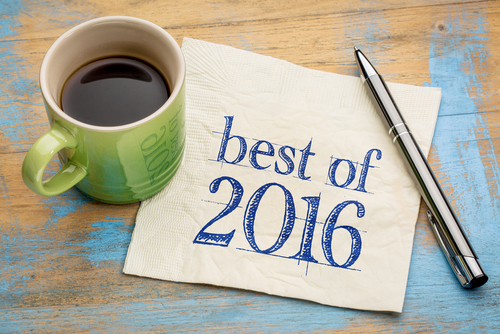 Two caveats: It had to be published this year and at least 1,000 people had to click on it. (Otherwise, the one person who spent an absurdly long amount of time on a post that was a few lines long would take the top spot. I assume he fell asleep. I hope he’s okay.)

After visiting Ark Encounter (the Noah’s Ark theme park in Kentucky) on opening day and reporting extensively on the financial shenanigans that led to its creation, Tracey Moody had reason to doubt the success of the $100 million Ark. Her essay expressed empathy for Ken Ham and his Creationist staff: They may be wrong, but how must it feel to dedicate years of your life to a massive project only to realize it’s not going to work out?

Just before the release of his latest film The Atheist Delusion, evangelist Ray Comfort and I had a long conversation (and a separate podcast discussion) about his movie, his tactics, and his barometer for success.

Retired psychologist Brian Bolton compiled this list for American Atheist magazine about how the Bible is hardly a “good book.” Atheists who debate Christians would be wise to consult this list for ideas.

After Newsweek reporter Lindsay Tucker wrote about Ark Encounter’s funding, months before the attraction was set to open, Ken Ham lashed out against the publication and Tucker herself, acting as if the piece were evidence of Christian Persecution. Tracey Moody pointed out why the piece was indeed accurate by examining the evidence, something Ham has repeatedly refused to do.

If you watch the end of the God’s Not Dead movies, the filmmakers include a list of court cases that offer evidence of Christian Persecution, suggesting that the films really are based in truth. They even posted a list of those cases on their website. I went through and found that none of them showed good evidence of Christians being discrimination against.

After members of The Satanic Temple asked to deliver an invocation at a meeting of the Phoenix (AZ) City Council, just as Christians had been doing, the elected officials chose to replace the invocation with a moment of silence. Temple spokesperson Lucien Greaves offered his take on what happened and how it was a victory for Satanists.

7) High-Profile Atheist Explains Why He’s on the Trump Train: An Interview with Robert M. Price (October 3)

David G. McAfee interviewed prolific atheist author Robert Price about why he was voting for Donald Trump despite the candidate’s pandering to the Religious Right, plans to tear down the wall between church and state, and complete ignorance on matters of science. It was a stark reminder to many of us that being an atheist and being rational were not always synonymous.

A Catholic woman who had been married for nearly three decades discovered her husband was a vocal atheist and wrote to our own Richard Wade for advice on what to do. Their differing religious beliefs were tearing the marriage apart. As always, Richard’s advice was thorough, grounded, and honest.

I explained the ongoing lawsuit by the Freedom From Religion Foundation against tax-free housing for ministers (a perk that doesn’t apply to atheist leaders). It’s a government handout that rewards religious people, and it should be illegal, which is why FFRF was suing. The case is still working its way through the legal system.

There’s a belief among many evangelical Christians that our country was founded on Judeo-Christian values — and that we must return to them. Eric Wojciechowski‘s article for American Atheist magazine argued that this was a distortion of our history and a perversion of the faith.

December 29, 2016
The Satanic Display in a Florida Park, Vandalized Multiple Times Already, Is Back Up Again
Next Post