Here’s What an Atheist’s “Let Reason Prevail” Banner Looks Like After It’s Been Slashed Up December 29, 2016 Hemant Mehta

The other day, I mentioned that an atheist banner in Shelton, Connecticut’s Huntington Park was vandalized. The full absurd story of how that banner went up at all is right here.

I just received a picture of what that banner looked like after the fact… so here you go. It’s a slashed up sign that said “Let Reason Prevail.” (How’s that for irony?) 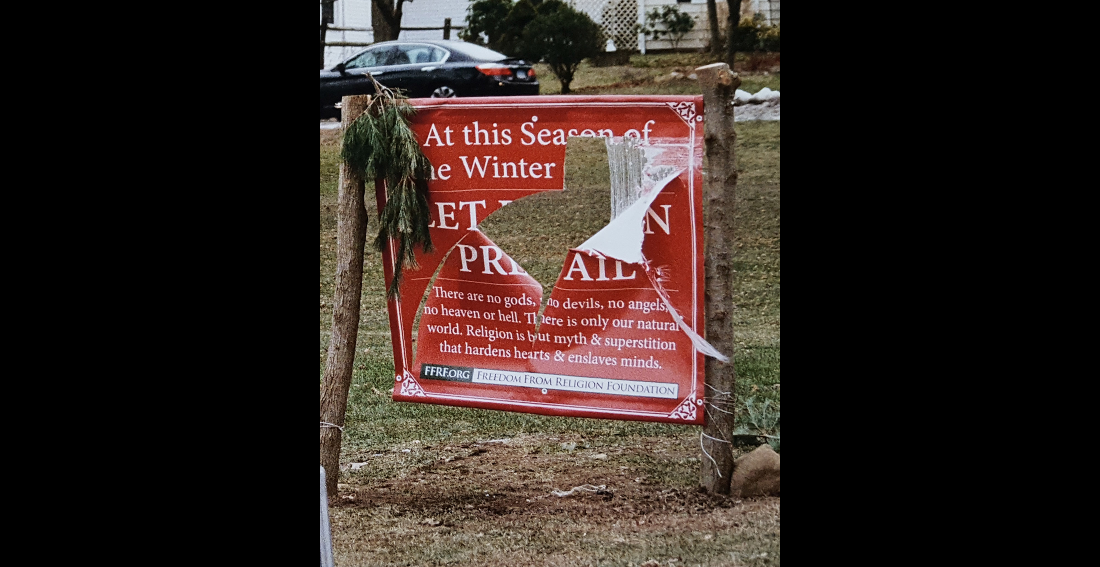 How weak must that vandal’s faith have been that he couldn’t handle a sign that offered an alternative perspective?

A police report mentioned that a city official observed “a male dressed in black [making] some type of striking motions at the Winter Solstice sign” but officers were unable to apprehend the suspect. It also notes that a nearby sign said the area was under 24 hour video surveillance… but when the cops asked for the footage, “they were never told who monitored the camera but [dispatch] believed that the camera didn’t work.”

Of course it didn’t.

That sound you hear is the silence of Christians who constantly claim they’re the ones being persecuted.

(Thanks to @pjmccann3 for the link)