A Preacher Who Got Rich Thanks To Her Gullible Followers Will Pray at Donald Trump’s Inauguration December 29, 2016 Hemant Mehta

Donald Trump is having as much trouble finding quality pastors to pray at his inauguration as he is finding a Hispanic person to be the next Secretary of Agriculture.

He must already be scraping the bottom of his barrel of Christian supporters since the current list of people who said yes to him include the bigot Franklin Graham, the scandal-plagued Cardinal Timothy Dolan, and prosperity gospel preacher Paula White.

It’s that last one that’s getting the bulk of the attention — the others aren’t very surprising — mostly because White has frequently enriched herself off the backs of her fan. (No wonder Trump loves her.) 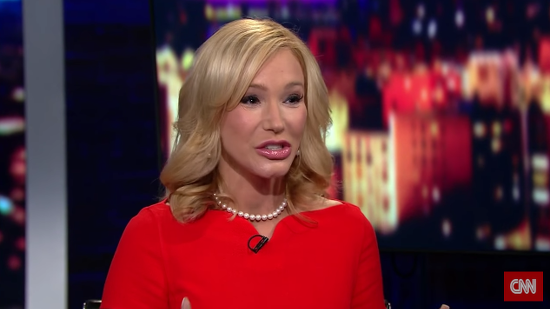 Remember that John Oliver segment about televangelists who ask you to donate “seed money” that will eventually bloom into more (even though it never does)? Paula White could easily have been the star of the segment.

Betsy Woodruff at the Daily Beast puts it well:

Think of Paula White’s ministry as the church version of Trump University. She preaches the prosperity gospel, an approach to Christianity that is, shall we say, unorthodox. Prosperity-gospel preachers teach that God wants people to be rich, and that he makes them wealthy as a sign of his blessing and favor; the richer you are, the more God loves you.

Because, you know, Jesus wore wingtips and a Rolex.

A few years ago, White was one of several pastors investigated by Sen. Chuck Grassley (R-IA) regarding possibly illegal financial maneuvers, violating IRS rules. The pastors didn’t cooperate and the investigation couldn’t find definitive evidence of wrongdoing, though that doesn’t mean there weren’t all sorts of arrows pointing in their direction.

That’s who Trump wants praying at his inauguration. It’s a match made in hell.

December 29, 2016
This Profile of Bart Campolo Shows How the Best Parts of Religion Can Still Work Without God
Next Post