This is exciting news for atheists in Utah: The state’s Democratic Party has approved the creation of a Secular Caucus, meaning they will take into account atheists’ ideas when drafting platform measures and advising candidates. It’s a formal way to have a seat at the table, and it’ll be made official after a procedural vote this February. 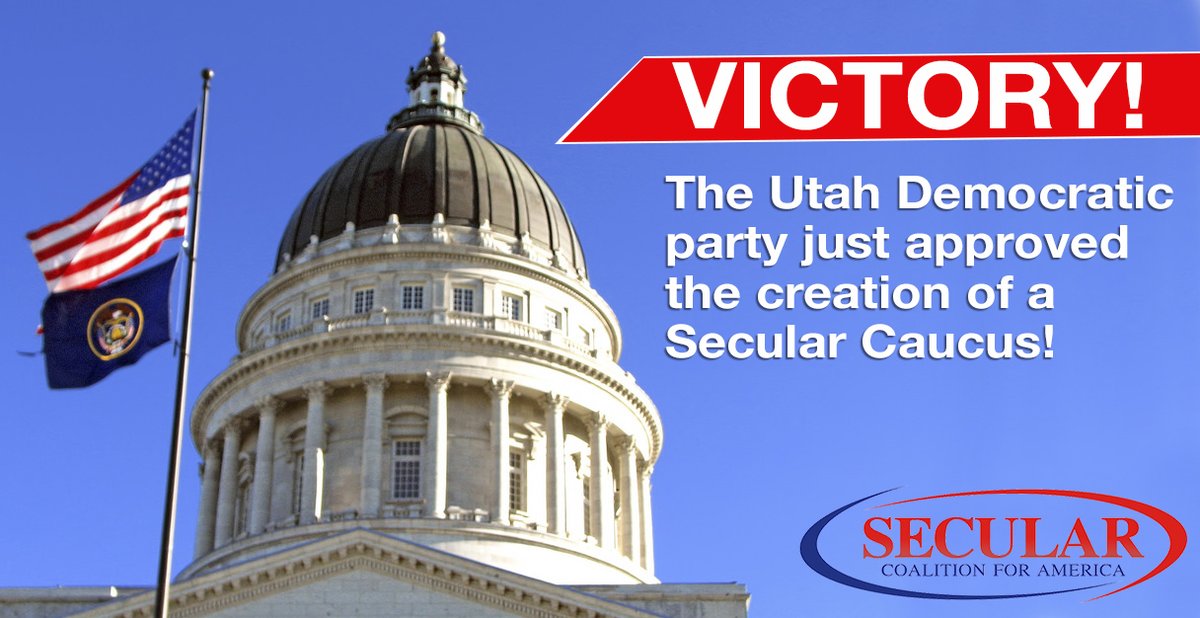 “The idea of creating a Secular Caucus has generated a lot of excitement and enthusiasm amongst Democrats and Independents in Utah,” said Utah Democrat and caucus co-founder Daisy Thomas.“We are receiving dozens of messages of interest and positive feedback thanking us for bringing this voice to the table. We want people of all beliefs, including nonreligious Utahns, to have the same opportunity to shape politics in our state, and we believe a clear separation between church and state protects all of our freedoms.”

The Secular Caucus was in part inspired by a similar group in Texas that successfully pushed three legislative goals onto the party’s platform earlier this year. According to the Utah caucus’ co-founders, they decided to form their own group after attending a reception organized by the Secular Coalition for America during the Democratic National Convention.

It’s sad that policy proposals like advocating for church/state separation and protecting children from religious abuse have to come from vocal atheists instead of everyone, but I’m thrilled to know that voice will be heard by Utah Democrats as they move forward.

December 28, 2016 The Noah's Ark Theme Park Has Not Led to an Economic Boom in Grant County, Kentucky
Browse Our Archives
What Are Your Thoughts?leave a comment