In Wilkes-Barre, Pennsylvania, there’s a Public Square where religious displays are common sightings. That’s why activist Justin Vacula has been applying to put an atheist banner there for the past few years, with the help of the Freedom From Religion Foundation.

In 2013, his banner was vandalized, but there hasn’t been any issue so far this year with his “Heathen’s Greetings” banner: 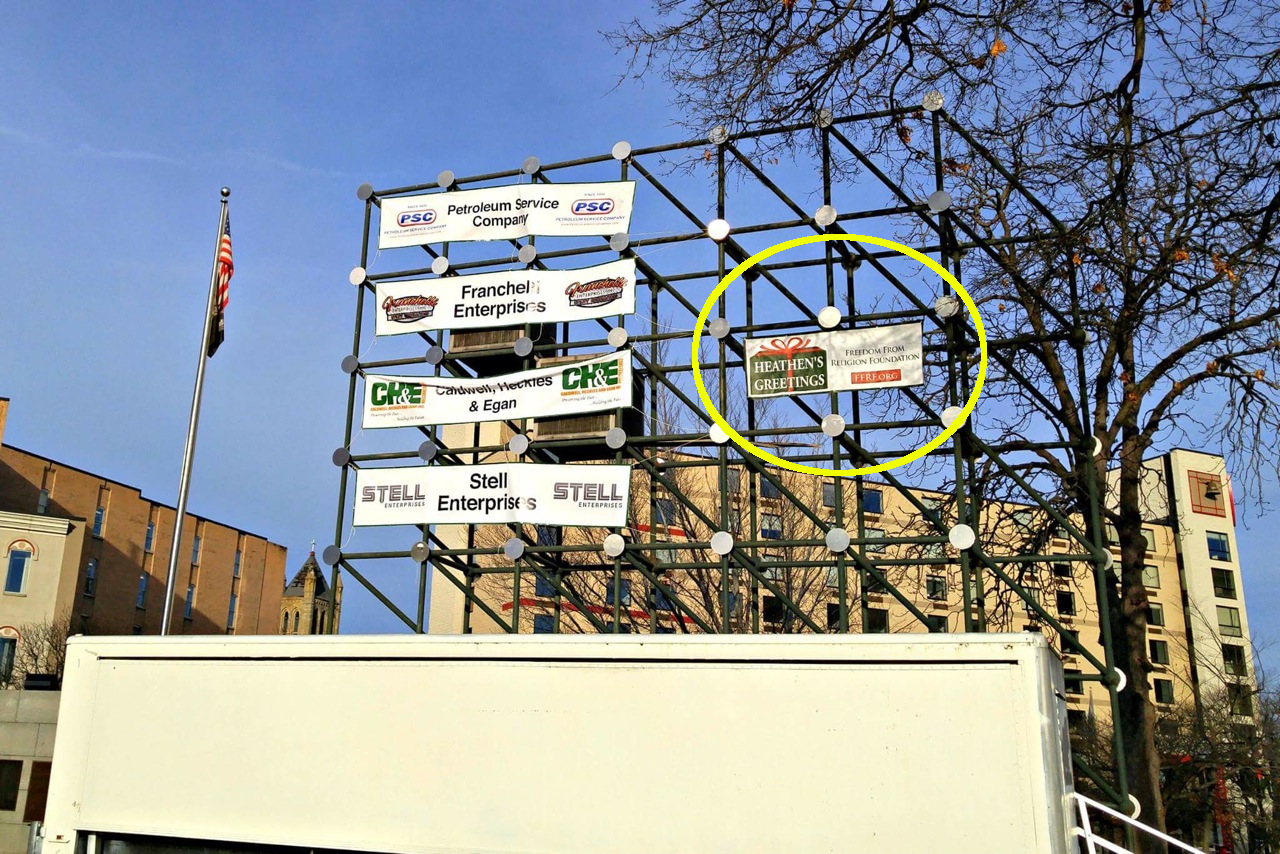 “It is our hope that one day government spaces will be free from religious exhibitionism, and until then we will do our best to counter these displays,” says FFRF Co-President Annie Laurie Gaylor.

The more people complain about it, the more reason there is to put it up next year.

December 28, 2016
Franklin Graham: Carrie Fisher and George Michael Are in Hell (Unless They Accepted Jesus)
Next Post

December 28, 2016 Christian Hate-Pastor: George Michael "Was a Sodomite Reprobate" Who's "Burning in Hell Right Now"
Browse Our Archives
What Are Your Thoughts?leave a comment