Christian Evangelist Has a Bizarre Idea About the Greatest Moment in Human History December 27, 2016 Hemant Mehta

Mark Spence, a Christian evangelist who works alongside Ray Comfort and Kirk Cameron, posted this odd image on his Facebook page recently: 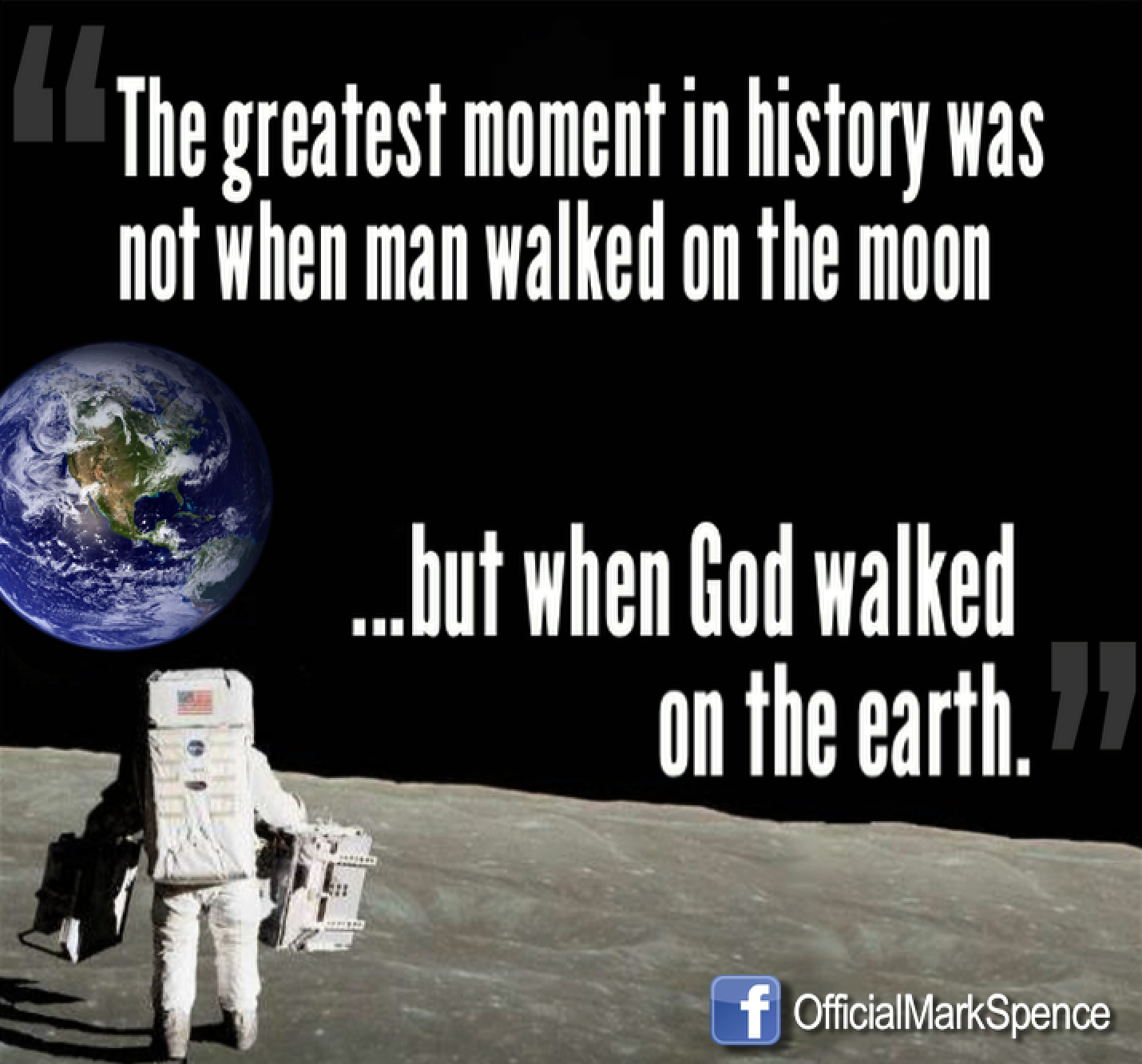 Where do you even start with a meme so bizarre?

While we can all debate the greatest moment in human history, walking on the moon has to be in the running. It’s the intersection of physics and our imagination, something we dreamed about for centuries and actually made happen. It was the first of many steps into a universe beyond our own planet. You can pretend it didn’t happen, but the proof is there and we’ve explored well beyond the moon since then.

Meanwhile, God’s journey on Earth (or His Son’s journey, anyway) remains a myth. Even if it did happen, we still live on a planet where people needlessly suffer every day and God’s followers are often to blame for the disastrous policy decisions that allow that to happen. You don’t need to go to a foreign country to see evidence of that; it’s going on right now in Flint.

How sad would it be if the greatest moment in our history was when an imaginary being walked around, killed his son, spawned rumors about his existence that have left millions of people dead as they fought over the details, and was never seen again?

I’ll take the moon landing over that any day.

December 27, 2016 Atheist's "Let Reason Prevail" Banner Vandalized in Connecticut Park
Browse Our Archives
What Are Your Thoughts?leave a comment