If you’ve been following the saga in Shelton, Connecticut — full story here — you know that atheist Jerome Bloom finally got to put up a banner in a city park last week, even though his first attempt was rejected despite a “heralding angels” display nearby. Then, just to spite Bloom after his banner went up in Huntington Park, the mayor put up his own sign.

Well, that banner was short-lived. Bloom told a local reporter that the sign was vandalized over Christmas weekend.

When Bloom visited the Huntington Green on Dec. 26 to take down his sign, he said he was upset to find, but not surprised to see that it had been vandalized.

“The officer I spoke with told me that it had also been reported vandalized days ago,” said Bloom. “When he saw the sign this afternoon he said it looked better when it was first reported.”

Bloom described the damage done to the sign as “slashes” from a “razor-blade”.

“It appears as if they went back and tried to rip it open even wider apart,” said Bloom.

He said he doesn’t think the vandalism is a reflection of the views of the people within the city.

“It only took a few people who were displeased with it, and who had the balls, for this to happen,” said Bloom.

That means someone saw a sign reading “Let reason prevail” and thought, “HELL NO!” It’s the religious mindset in a nutshell, isn’t it?

Bloom’s moving on to other projects now, but to sum up his past month, he couldn’t get a sign up in the (grossly misnamed) Constitution Park even though a religious display was already there… and when he finally got his sign up in a different park, it was destroyed.

Tell me again how Christians are persecuted? 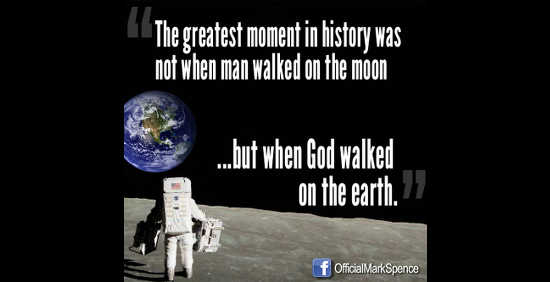 December 27, 2016
Christian Evangelist Has a Bizarre Idea About the Greatest Moment in Human History
Next Post