While big-name singers are evidently saying no to performing at Donald Trump‘s inauguration, one of the only well-known acts to say yes has been the Mormon Tabernacle Choir. They’re on a slate filled with Kid Rock, Ted Nugent, and an apparently divided group of Rockettes. 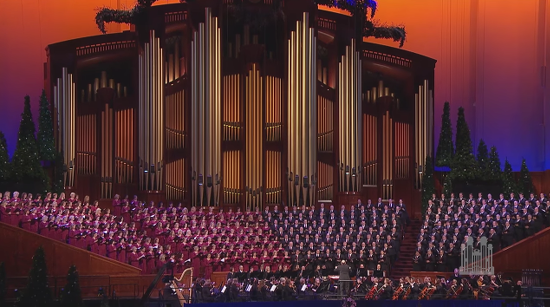 The Church made clear that this isn’t a political statement. They were invited and said yes; reading anything more into it would be wrong.

“Response to the announcement has been mixed, with people expressing both opposition and support,” church spokesman Eric Hawkins said in a statement. “The choir’s participation continues its long tradition of performing for U.S. presidents of both parties at inaugurations and in other settings, and is not an implied support of party affiliations or politics. It is a demonstration of our support for freedom, civility and the peaceful transition of power.”

But consider Trump’s statements over the past year, so awful to the point where Mormon Evan McMullin ran an independent campaign so that Republicans in Utah could vote for someone — anyone — else. Consider how Trump is surrounding himself with anti-gay conservatives at a time when the Mormon Church’s relationship with LGBT members is as perilous as ever. Consider Trump’s treatment of Mitt Romney, and what Romney said about Trump earlier in the year.

As someone who’s critical of the Mormon Church, it’s hardly surprising to see the choir accept this invitation, but imagine the reaction if they rejected it, saying they want nothing to do with the bigotry coming out of the future White House. What an act of courage that would be, and what a message it would send to members of the Church who are appalled by Trump’s behavior.

Robbie X. Pierce, writing at The Advocate, says it’s not too late for that to happen:

The truth of the matter is that performing for a president’s inauguration does imply support. Why else would no other musicians play the event? They don’t want their fans nor Donald Trump’s fans thinking that they support him. Why doesn’t the church seem to care about this? They do know they can say no, right?

The fact is that the Church knows the message this will send and they don’t care. They don’t care how gay Mormons feel. They don’t care about the racist, sexist overtones sent by the candidate and his team, because they’re guilty of the same problems.

There’s an online petition by “members and friends” of the Church asking them to decline the invitation. It currently has more than 13,000 signatures (and counting):

The petition also says that performing at other government events, like a Fourth of July parade, wouldn’t be an issue since that wouldn’t be seen as an endorsement of Trump.

But for now, just remember that the Mormon Church is celebrating the election of a man who defies so many of the positive stereotypes people have of the faith. Not since the Church’s support of Proposition 8 have they handed their critics such a potent weapon to use against them. This decision is just another reason sensible people should avoid joining and supporting the LDS Church.