Last month, the University of Louisiana at Lafayette’s football team posted an unusual video on their official Facebook page. It showed team members and coaches, in their uniforms, singing “Amazing Grace” while player Otha Peters got baptized. 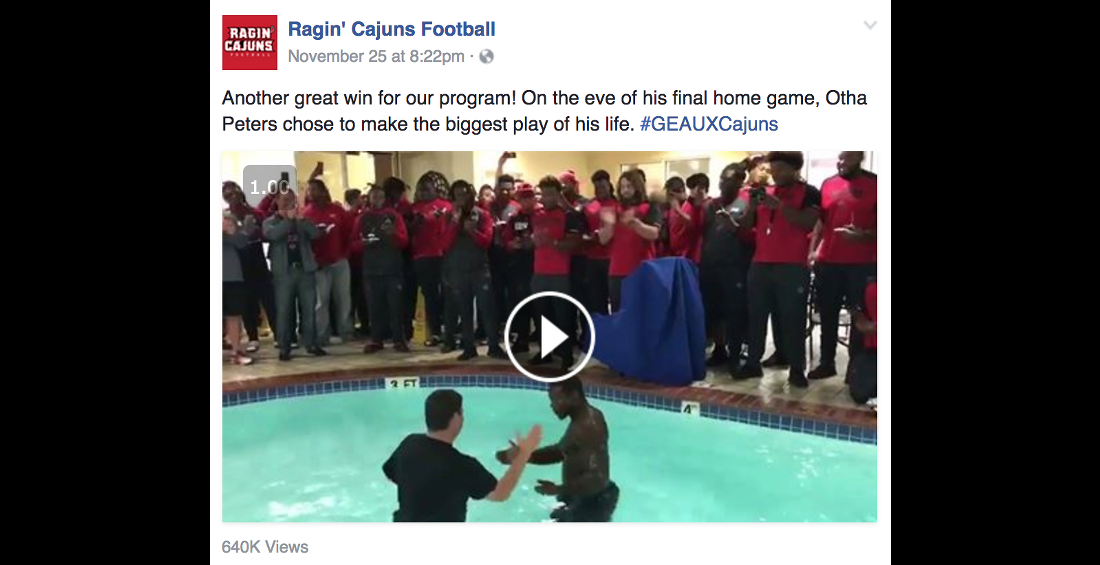 If this were a private church function, there would be no issue, but this was clearly done (and promoted) as a team event. Even if the whole thing was voluntary, it’s absolutely illegal.

The Freedom From Religion Foundation has now informed the school’s president that this needs to stop immediately:

Scheduling and facilitating a team baptism event creates the appearance for players that their coaches endorse religion over nonreligion and Christianity over all other faiths. Promoting that baptism on social media extends the religious endorsement beyond the team, to other University students, alumni, and fans. The University’s football program ought to be mindful not to lend its power and prestige to religion, amounting to a governmental endorsement that alienates the nearly 30% of the U.S. population who identify as nonreligious…

It’s amazing that none of the coaches on the team saw this as a problem (or dared to speak up about it). Incidentally, the team ended its season last week with a 28-21 loss at the New Orleans Bowl.

God answered their prayers… with a loud “No.”