Knightstown (IN) Officials Return Cross to Town Square Tree… But It’s No Longer at the Top December 24, 2016 Hemant Mehta

Earlier this month, the city of Knightstown, Indiana was sued after a Christmas tree in the town square was topped by a Christian cross, suggesting an endorsement of the faith. 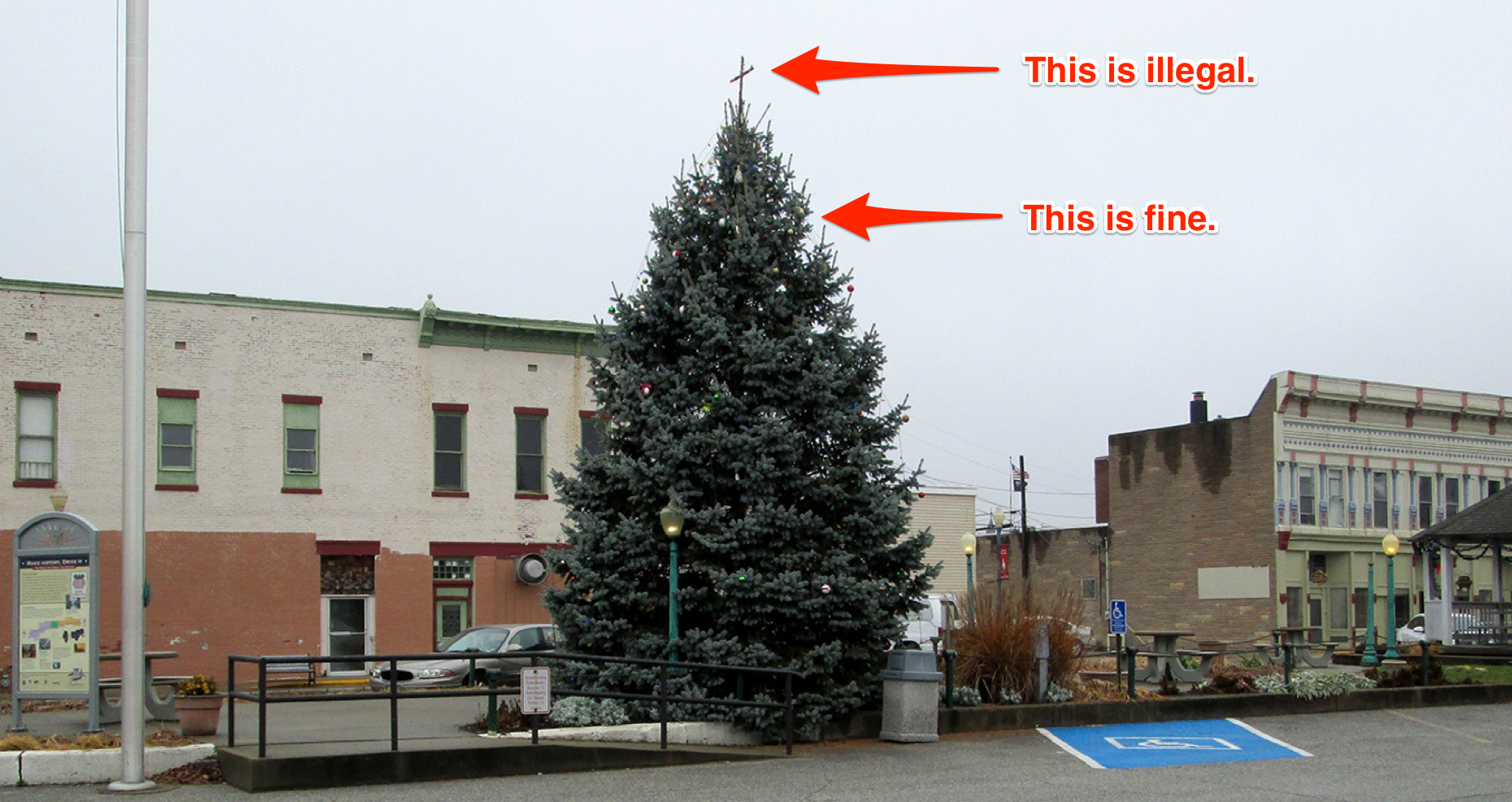 You can read more of the details right here, but city officials eventually removed the cross after realizing the law wasn’t on their side.

They’ve since put it back up… but on the advice of their lawyers, it’s no longer on top of the tree. It’s somewhere close to the top. And it’s lit up… but it’s not the only lit ornament either.

Fox News propagandist Todd Starnes is spinning that as a victory for some reason, but it’s more like a capitulation. Christianity isn’t getting special treatment.

If that makes Starnes happy, then he’s going to be thrilled with how all these “War on Christmas” lawsuits filed by church/state separation groups will inevitably turn out.

December 24, 2016
This Was a Nice Family Gathering Before You Came Along, Neil...
Next Post