Christian Columnist is Furious That Someone Quoted Him As Saying “Oh god” December 24, 2016 Hemant Mehta

The War on Christmas is raging more than ever, and Milwaukee Journal Sentinel columnist Christian Schneider is the latest victim. 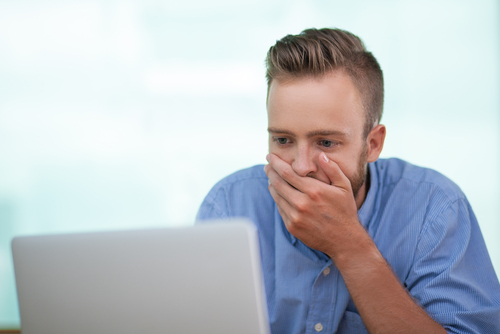 He was speaking to a reporter for another paper about what it’s like being a Republican in a liberal city (Madison, in this case), and how it can sometimes be awkward when politics comes up in conversation. And just look at how he was quoted!

“When you meet people it’s like the same every time. You’re at a cookout and someone comes up and says, ‘Hey, how you doing, what do you do?” said Christian Schneider, 42, a conservative columnist for the Milwaukee Journal Sentinel and a former Republican legislative staffer who has lived here for 20 years.

Did you see it?

Did you see the attack?

The quote is accurate, except for one detail. I was referencing “God,” not “god.” The Lord. The Creator. The Holy Ghost. The Holy Spirit. Yahweh. Allah. The Dude in the Clouds.

He made a throwaway reference to god — as a figure of speech, not as a serious shout-out to his Lord — and the reporter had the audacity to treat it just like every other word!

… Such a stylistic change is a small way of taking sides in a dispute that spanned centuries and caused much blood to be shed — and yet it now can be done not with a sword, but in comfortable pajamas.

Yes, this grammatical issue, which I’m sure the reporter spent all of zero seconds thinking about, is a continuation of all those previous holy wars. Or is it Holy Wars? Oh shit, now I’ve done it, too!

In case you’re wondering — and Schneider sure does — the AP Stylebook says “God” should be capitalized unless it’s referring to polytheistic gods or a false one (“this apple is my god”). So Schneider isn’t wrong that this is an error.

But making a big deal about it, as if it were some intentional slam on his beliefs, is absurd.

Even more ridiculous is this fact: The article he’s referring to was published back in February, while Schneider’s rant was published yesterday. He’s been thinking about this attack on his faith for nearly a year. (I can only assume that somewhere in his text message history is the phrase “omG.”)

Glad he got it out of his system.

And next time, if someone wants to go after Christianity through grammar, may I suggest using the spelling “g0d” with a zero instead of an “o”? It represents a concept with nothing at its core.

December 24, 2016 Texas Billboard Tells Parents a Dangerous Lie: "Vaccines Can Cause Autism"
Browse Our Archives
What Are Your Thoughts?leave a comment