Once Again, Atheist Group Puts Up “Peace on Earth” Display in California Park

Once again, the Temecula Valley Atheists in California have put up a giant sign reading “Peace on Earth” at Duck Pond Park, near a menorah, Nativity scene, and Christmas tree. 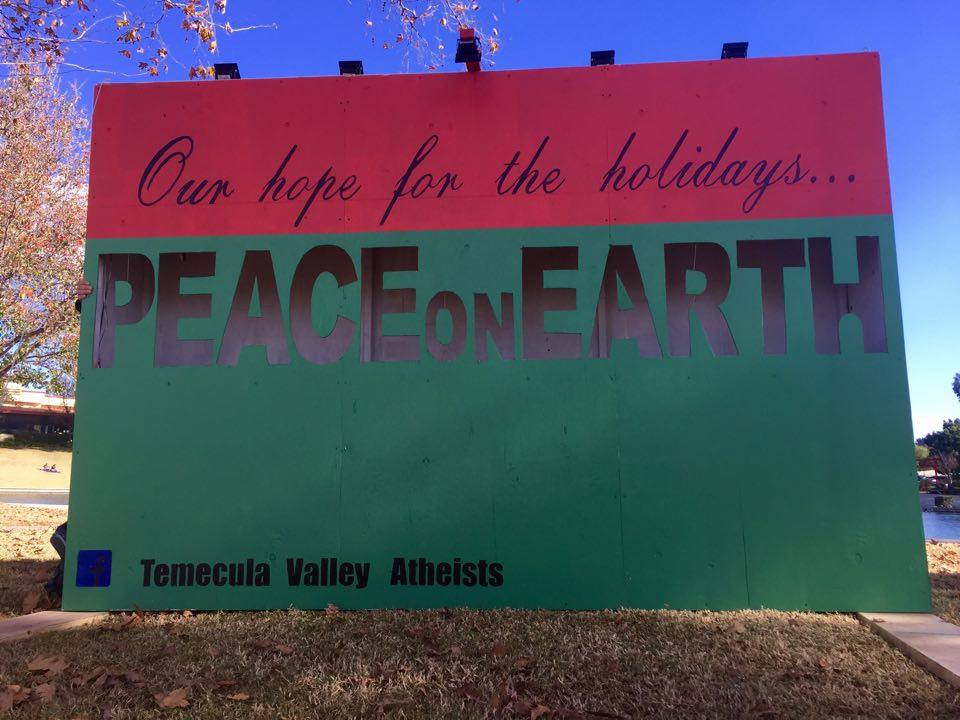 Last year, one local official responded by saying that was a Christian phrase… but that’s absurd. Even if it appears in the Bible, Christians don’t own the concept of peace any more than they own morality or December. After all, we’re talking about the same Christians whose history includes the Crusades. It’s also not like every other holy book says “Let’s go to war. It’ll be fun.”

Calling for peace is pretty universal. At least the atheists aren’t waging holy war to achieve their version of it.

(Thanks to James for the link. Large portions of this article were posted earlier)

December 23, 2016 How Atheists Should Deal With Religious Family Members Over Christmas
Browse Our Archives
What Are Your Thoughts?leave a comment