Call it the 2016 Effect: After the disasters that were Brexit, Donald Trump, Aleppo, and damn-near-everything-else, belief in God in the UK has dropped significantly over the past year. 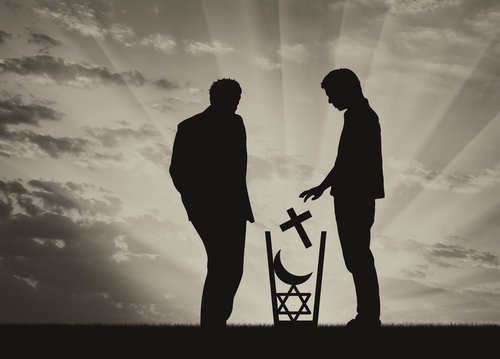 A YouGov poll for the Times has shown a four-point decline in the percentage of people who believe in a higher power, from 32 per cent in February last year to 28 per cent now.

Meanwhile the proportion of atheists — people who say they do not actively believe in any kind of god — has risen from 33 per cent to 38 per cent.

For those keeping score at home, that’s a ten point lead for atheists — and almost a ten point swing since the last time this poll was taken.

To be sure, we don’t know that those events precipitated the change. But it’s hard to believe God exists and gives a damn about the world when everything seems like it’s on fire.

The Times says a year of “election surprises, conflict, a refugee crisis and terrorism” appear to have “significantly… dented the public’s faith in a god”.

It’s one positive trend to take away from this year, though it’s important to remember that none of this matters unless people are relying on critical thinking and demanding evidence in other areas of their lives as well. We learned this year that far too many people will believe anything they hear — especially if it meshes with their preconceived notions — and nothing anyone says afterwards can get them to change their minds.

Atheism without the skills of discernment is useless.

In the United States, a similar change was happening. Gallup says that 18.2% of people are atheist, Agnostic, or none of the above. (48.9% are Protestant, while 23% are Catholic.)

The overall trend away from religion is still on track though, despite a slight increase in churchgoing over the past year. 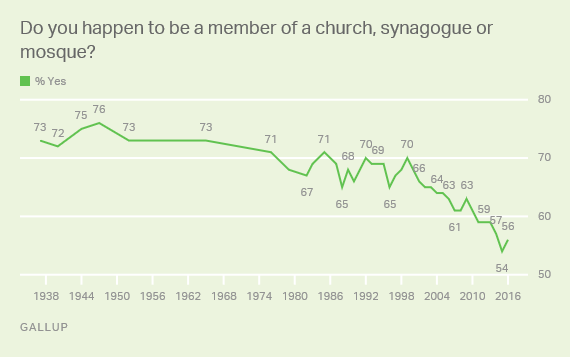 The 56% of people who say they’re members of a religious institution is far lower than what we saw decades ago, when the percentage was well into the 70s. But remember that the people who attend those churches and temples are still as powerful as ever. A lot of factors went into Trump’s surprise victory, but evangelicals voting for him as a bloc was certainly a major one.