How Atheists Should Deal With Religious Family Members Over Christmas December 23, 2016 Hemant Mehta

How Atheists Should Deal With Religious Family Members Over Christmas

We all know there is no “War on Christmas” being fought by atheists — in fact, many non-believers like myself celebrate and even love the holiday — but that doesn’t mean there aren’t challenges heathens face during the winter season. 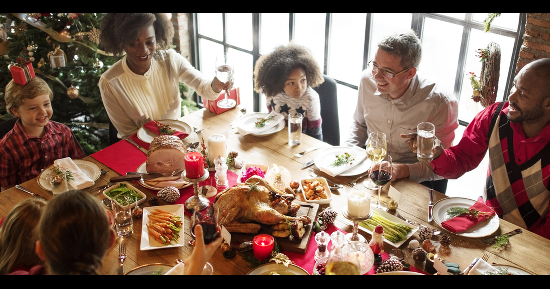 As the holidays rapidly approach, some atheists and other non-religious individuals must prepare for the inevitable: questions, snide remarks, and even insults from fundamentalist family members. This year, with the election of Donald Trump, things may be even worse for those coming from evangelical families (a voting bloc that heavily favored Trump over Hillary Clinton).

I was raised by two Christian parents (cultural Christians) and two Christian grandparents (Biblical literalists), and I’ve written books about coming out as an atheist and answering questions often posed by religious people, so I’m no stranger to awkward Thanksgiving and Christmas dinners. How do I recommend you deal with this (aside from very strong egg nog)?

I’ve always said that, if you never discuss religion and politics, you will likely miss out on two of the most important issues of this or any generation. These topics are too crucial to be swept under the rug, so don’t be afraid to talk about them in a friendly and respectful way. If your family already has a longstanding ban on religion or politics that works for them, however, then there’s nothing wrong with enjoying other subjects during the holidays. Every family is different!

It’s easy to get distracted by disagreements, but at least with beloved family members, there is likely more to the relationship. Find something you agree on in politics — or something else entirely — and explore that topic more. Once you’ve established a point of common ground, it’s a way to continue the conversation in a friendly and respectable manner.

Atheism has a lot of undeserved negative stigma in many cultures, including my own, so it’s important to show your loved ones that you can be good without a god. In other words, feel free to participate in nonsense rituals with a smile and refrain from mocking those you love for their beliefs. After all, they are likely guilty of nothing more than being gullible and/or exposed to religious indoctrination.

4. Remember that blood is thicker than politics.

Even if you debate religion or politics with family members who deeply disagree with you, it’s possible to keep the discussion from becoming too heated and ruining the relationship. As long as all parties involved remember they love each other, disagreements should be OK and even encouraged. After all, how else do we learn? Try to talk to your most open-minded family members as much as possible.

Some disagreements with family are too extreme to be solved using rational dialogue over a Christmas dinner, so what do you do then? I recommend you take a tip from the penguins in the film Madagascar. When they were trying to remain inconspicuous, one penguin said, “Smile and wave, boys. Smile and wave.” In other words, put on your best fake grin and pass the ham!

These are just a few ideas that might make your holidays easier, so feel free to post your own recommendations in the comments!

December 23, 2016
Once Again, Atheist Group Puts Up “Peace on Earth” Display in California Park
Next Post

December 23, 2016 Christian Hate Group Compares Satanist's Holiday Display to the Behavior of the KKK
Browse Our Archives
What Are Your Thoughts?leave a comment