If you’re in Lincoln, Nebraska, be sure to stop by the State Capitol, where atheists have once again put up displays to counter the Nativity scene that’s also there. 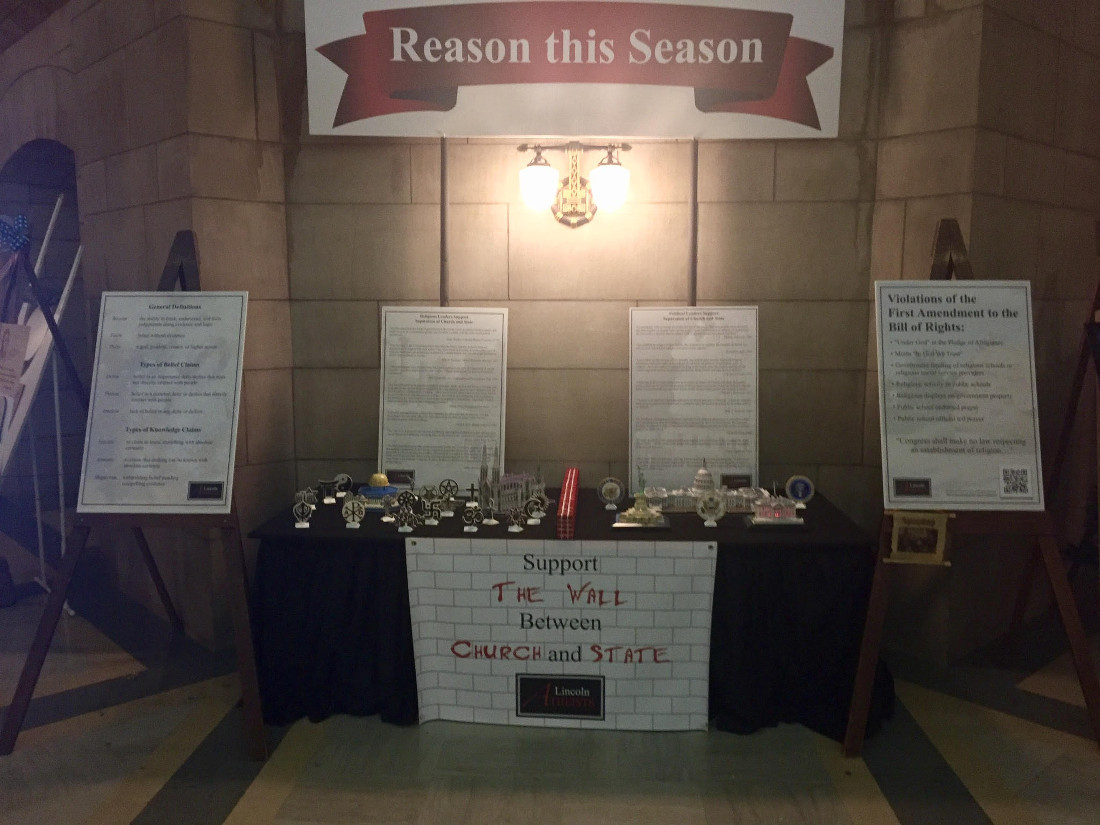 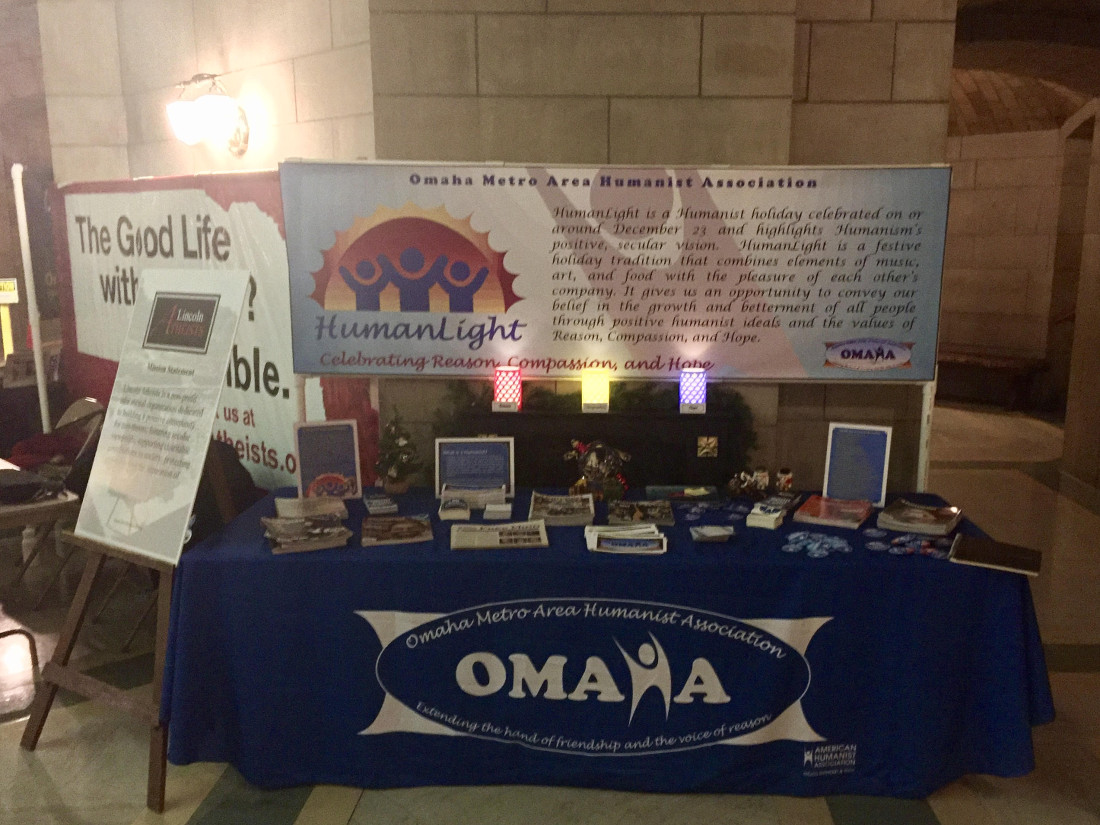 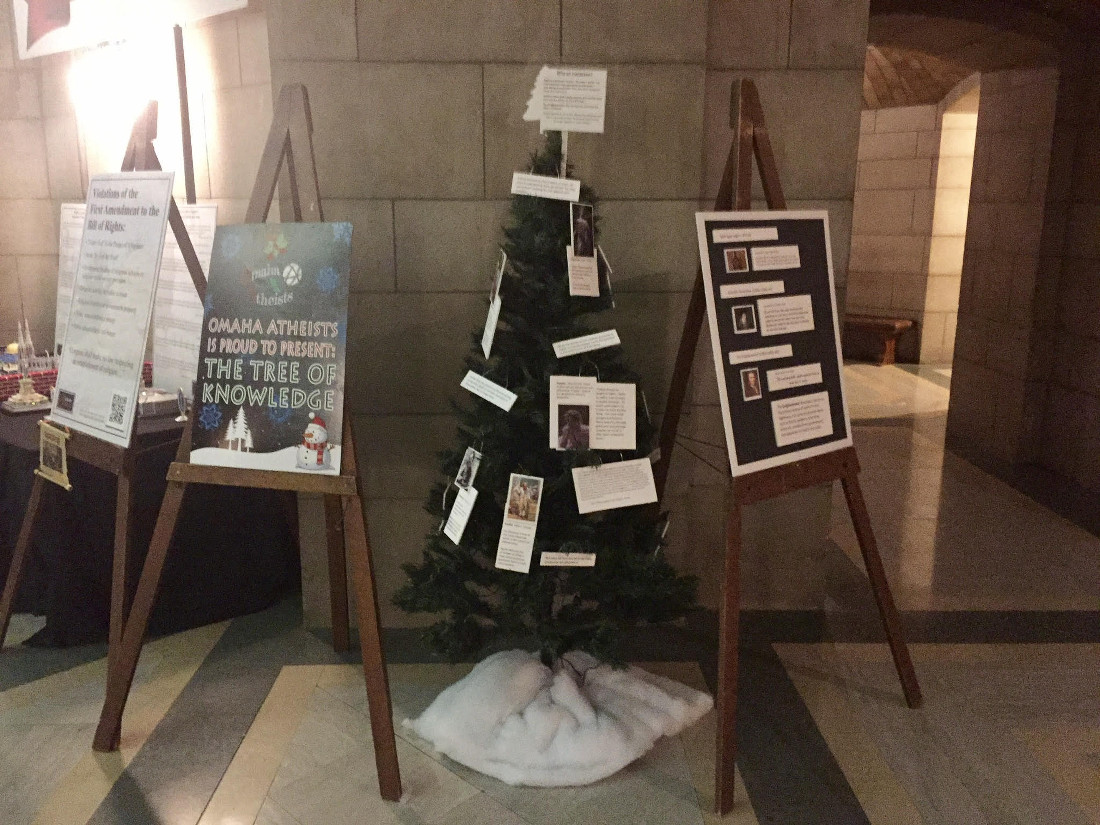 It’s actually less space than they had last year, when they crowded out the Nativity by applying for the space early, but Brian Aden of the Lincoln Atheists said he didn’t mind sharing the Capitol. As long as atheists had access to the space, they were fine with the compromise. He added that the atheists have “volunteers available each day to answer questions and talk about the separation of church and state.”

So… thanks to Christians who insist on putting up a Nativity in the state capitol, atheists get to hand out their own materials and talk about why God doesn’t exist. Nice work, Jesus!