Christian Woman: God Told Me Not to Buy Fried Chicken for a Homeless Man and He Was Right! December 22, 2016 Hemant Mehta

Christian Woman: God Told Me Not to Buy Fried Chicken for a Homeless Man and He Was Right!

Tammy Lyons Wilkinson learned a valuable lesson this holiday season: When God tells you not to buy fried chicken, you listen to Him. 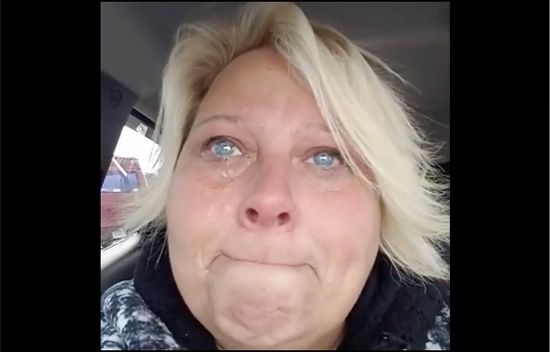 She did a Facebook Live event last week after what was clearly an emotional experience. As she went inside a local grocery store, she spotted a homeless man… and heard the voice of Jesus say, “He loves bananas.” So she decided to get him some bananas.

He also needs protein, she thought. So she bought him a few other items — and really wanted to buy him fried chicken. But God told her not to, much to her disappointment.

When she went outside, she gave the homeless man her items, minus the fried chicken.

And wouldn’t you know it? The lady right behind her had bought him fried chicken, and isn’t that the Greatest Coincidence Ever?!

No. It’s just God communicating with her.

The video has gone viral since last week, with the current view count nearing 18 million people as of this writing.

She deserves credit for being generous — I wish more people would think about helping strangers when buying food — but she’s a damn fool to think God communicates via grocery list.

As many Facebook users noted, maybe next time, instead of cryptically telling someone not to buy fried chicken, God could get His holy ass to Syria and save those poor people in Aleppo. Or put a President in office who could do something about income inequality. Or help that same homeless man a few hours later when he’s hungry again.

I’m sure the homeless man would also have appreciated two helpings of fried chicken instead of just the one.

And who knows. Maybe she didn’t hear God correctly and he was telling her she’s bananas.

Not that any of these other theories will go very far. People will hear this story and think it’s a Christmas miracle instead of what it really is: an amusing coincidence.

(Thanks to Santosh for the link) 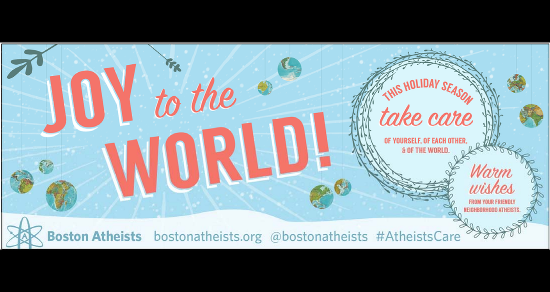 December 22, 2016 After Atheist Puts “Let Reason Prevail” Banner in CT Park, Spiteful Mayor Puts Up His Own Sign
Browse Our Archives
What Are Your Thoughts?leave a comment