The Benham Brothers Weep For All The Christians Who Will Be Persecuted If HB2 Is Repealed December 21, 2016 Robyn Pennacchia

The Benham Brothers, the house-flipping twins who share everything from a face to a seething hatred of gay people, are very unhappy about reports that North Carolina’s HB2 bill — the one that doesn’t let trans people pee in public restrooms that match their gender identity — is going to be repealed. 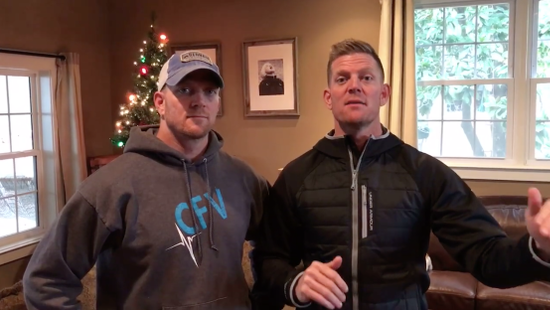 In a video uploaded to their Facebook page on Tuesday, David and Jason Benham insisted that repealing the bill would lead, somehow, to men walking into women’s locker rooms and showing all the ladies their penises on the regular, because we all just love sexual predators so very much, and that’s what this is all about.

“If you can repeal that, then they can go right back in and enact ordinances all over this state that will open up our bathrooms and our locker rooms to sexual predators; it will be open season on Christians that want to live out their faith in the marketplace and we will be targeted in the marketplace. That is exactly what is happening here.”

Look, you can live out your faith in the marketplace all you like, wear 40,000 crosses around your neck like Madonna-circa-the-1980s for all anyone cares — but you don’t get to discriminate against people. That’s where we have a problem.

“House Bill 2 is the only hurdle the Human Rights Campaign and sexual activists need to remove so that they can go out and force participation in this sexual revolution.”

Oh, Benhams. Trust me, the last thing anyone wants is to invite some grown-up Children of the Damned extras to their sexual revolution. Allowing people to simply live — by using public bathrooms — does not mean you are participating in anything they do. If I were to open up a gas station in North Carolina and allow the Benham Brothers to use the bathroom there, it would not suddenly make me a Christian, a bigot, a Benham or a Brother. It would not mean that I approved of their lifestyle or thought they were great people. It would not mean anything, apart from me being a person operating a business that is open to the public.