National Geographic received a lot of media attention after announcing that the cover of its January 2017 issue would feature a transgender girl (who was part of a story about gender norms). 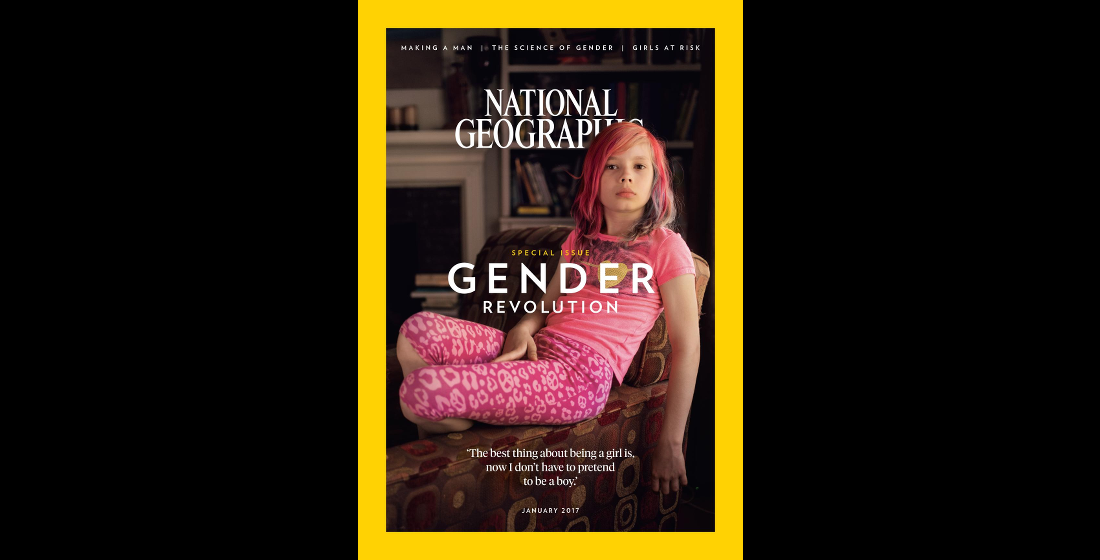 Theodore Shoebat, the Christian extremist who once said women who have abortions deserve the death penalty by way of a firing squad, had a similarly grotesque reaction to the magazine: He insulted nine-year-old Avery Jackson, calling her “Nazi Hitler” (as if there’s another kind?), and longed for the time when the publishers of such covers would be tortured.

“This is sick shit,” Shoebat continued, “and this is the problem that I have with the First Amendment, the freedom to do whatever you want. In the Catholic Church, the whole damn crew behind National Geographic would be tried and once they are found guilty, they would be burned at the stake.”

It’s true that those deemed heretics would’ve been executed in the Dark Ages. We’re in a better place now because that doesn’t happen. Yet Shoebat longs to go back to that time, where anyone guilty of asking people to think differently would receive the ultimate punishment.

To be sure, Shoebat wants pretty much everyone who doesn’t share his worldview to be killed. That’s what the Bible teaches him. It’s not that he’s part of the mainstream — no religious leaders take him seriously — but he’s getting his instructions from the same book that Christians revere.

At what point does he go from testing the bounds of free speech to being a direct threat to other people? 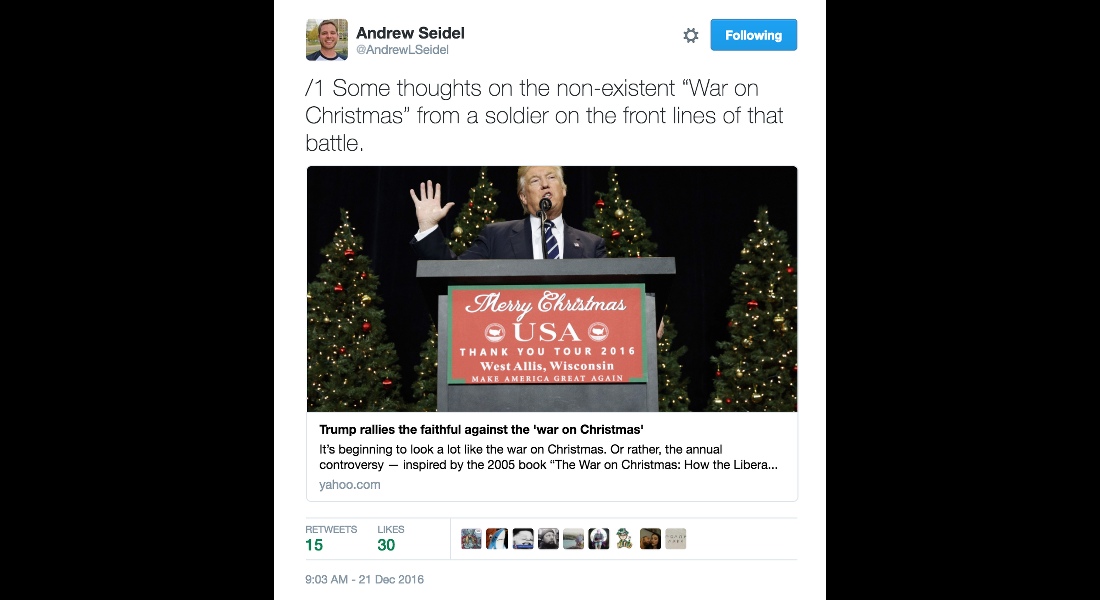 December 21, 2016
A Helpful Tweetstorm Explaining the True Story Behind the "War on Christmas"
Next Post