Kids Are Leaving Catholicism Because They See Atheism As “Smart” and Faith as a “Fairy Tale” December 20, 2016 Hemant Mehta

Anyone who’s been following the demographic trends regarding religion won’t be surprised to hear this, but it’s still welcome news: A new report from the Center for Applied Research in the Apostolate (CARA) at Georgetown University says that children are leaving the Catholic faith — for good reason — and some of them are doing it before reaching the age of 10. 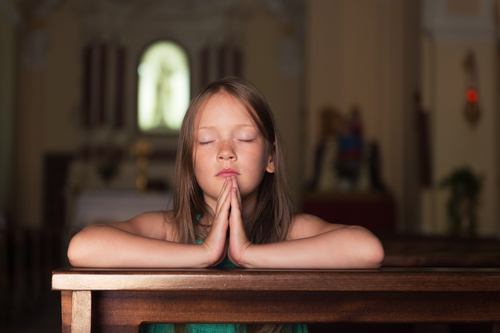 “Those that are leaving for no religion — and a pretty big component of them saying they are atheist or agnostic — it turns out that when you probe a bit more deeply and you allow them to talk in their own words, that they are bringing up things that are related to science and a need for evidence and a need for proof,” said Doctor Mark Gray, a senior research associate at the Center for Applied Research in the Apostolate at Georgetown University.

In exploring why young Catholics were choosing to leave the faith, he noted “an emerging profile” of youth who say they find the faith “incompatible with what they are learning in high school or at the university level.” In a perceived battle between the Catholic Church and science, the Church is losing.

The most common reason given for leaving the Catholic faith, by one in five respondents, was they stopped believing in God or religion. This was evidence of a “desire among some of them for proof, for evidence of what they’re learning about their religion and about God,” Gray said.

It’s a trend in the popular culture to see atheism as “smart” and the faith as “a fairy tale,” he said.

To be sure, the Catholic Church is generally fine with science these days, fully accepting and teaching the Big Bang and evolution, unlike many evangelical Christians. But this is the also the same Church that says a consecrated communion wafer is literally the body of Jesus. So it only goes so far.

When it comes down to it, the Catholic Church still fights against marriage equality, birth control, and abortion rights. They are known for protecting pedophile priests. They refuse to let women in the upper echelons of their leadership. Catholics sued to overturn the Affordable Care Act because they said signing a piece of paper (to get out of providing birth control to employees) was a violation of their religious beliefs. They make life worse for people who are already in tough situations.

If you’re a middle school student these days, you’re well aware of some of these issues. Your favorite YouTubers talk about it all the time, the media you take in is diverse and inclusive, your friends are talking about faith and sexuality. And the Catholic Church is probably not seen as a moral leader in any of these places.

Religious, dogmatic thinking is what we have to overcome, not celebrate.

It doesn’t mean those kids are embracing atheism, per se — but they’re certainly not embracing religion in the same way they used to. And if the Church doesn’t change, neither are they.

Of those who had left the faith, “only 13 percent said they were ever likely to return to the Catholic Church,” Gray wrote. And “absent any big changes in their life,” he said to CNA, they “are probably not coming back.”

Gray suggested that one way to counter these trends was to make sure children were taught from an early age that science and Catholicism aren’t in conflict. But that’s ridiculous. They are. Sure, Catholics accept basic facts about science, but they also believe in a world where all those scientific rules can be upended by God on a whim. (Just ask the guy who died and came back to life three days later. Or His virgin mother.)

That solution also ignores the very real reasons young people leave the Church, including the most common answer they gave for being atheists: They wanted proof of God’s existence and never saw it.

This trend shows no signs of dissipating and the Church will continue shedding young members. We’re all going to be better off because of it.

December 20, 2016
Bill Maher Pushes Back on Donald Trump's Supposed Atheism: "His God Is Him"
Next Post