The former Archbishop of Canterbury Lord George Carey has a three point plan for how to overcome the fact that people in Britain aren’t taking Christianity as seriously as they used to. And all three suggestions including forcing his religion upon people who never asked for it. 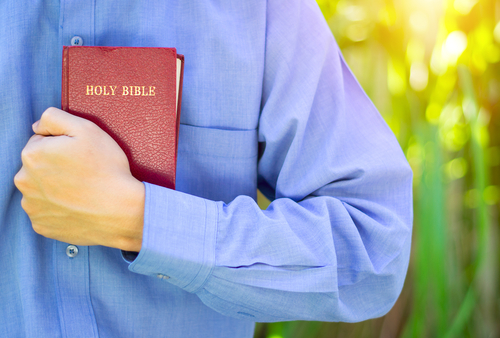 Barry Duke at The Freethinker does a nice job summarizing Carey’s plan:

• The first is to promote religious education in schools, making it mandatory in GCSEs [General Certificates of Secondary Education] such as science, and including it in the English Baccalaureate.

• The second is the introduction of Christianity in citizenship tests for any migrants wishing to come to the UK.

• Lastly he called on the Government to take note of the effect Christianity has in everyday life, and provide training in religious affairs to judges who deal directly with those issues.

Needless to say, if Muslims ever tried to do anything like this, Carey would likely be whining about how this was the beginning of Sharia Law in the UK.

There’s no doubt people should be familiar with the beliefs of Christianity because it’s a religion that still has considerable influence, but pretending that it’s more important to understand on a citizenship test than, say, every other subject migrants could be tested on needs a lot more justification. The same goes for pushing it in school more than it already is.

Here’s a thought: If you want people to take your beliefs seriously, stop believing in silly things. There’s a reason people in Britain are more secular than ever before; they’ve seen what happens when Christians get in power. They see what’s happening right now in the U.S. where evangelicals helped push Donald Trump into the White House. They see how Christian beliefs contradict reality. And they want the faith playing an increasingly smaller role in their lives.

Forcing faith upon them sends the message that Christianity can’t win on its ideas alone. Christianity ought to be treated like every other faith — no more correct and no better than the rest. There’s a place for it when discussing how it impacted history, of course, but there’s no room for Christian mythology when discussing the serious ideas that we ought to be mindful of today.

December 20, 2016
20 Years After His Death, Carl Sagan's Words Still Carry a Lot of Weight
Next Post

December 20, 2016 A Middle School Teacher is Bribing Students With Doughnuts to Attend a Bible Study She Runs
Browse Our Archives
What Are Your Thoughts?leave a comment