The Woman Who Blamed Her Parents’ Pastor for Their Support of Donald Trump Finally Spoke With Him December 19, 2016 Hemant Mehta

Last week, I posted about how a writer named Kristy Cooper was shocked to learn that her Christian parents had voted for Donald Trump. After all, wouldn’t real Christians, who talk about helping the poor and caring for the least fortunate, have voted against the candidate known for being stingy, demonizing the different, celebrating his own ignorance, and physically assaulting women?

Cooper held her parents’ pastor responsible for their decision. She felt that if he had stressed the more generous aspects of the faith effectively, they never would’ve voted for a man like Trump. 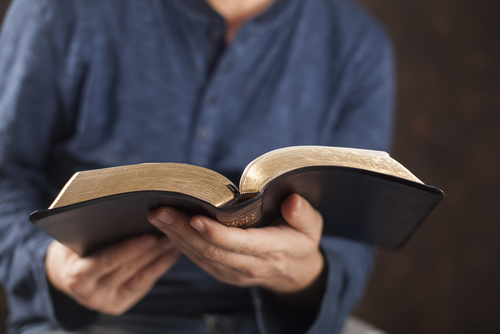 Last we heard, Cooper had made contact with the pastor (anonymously) hoping for a conversation, but it hadn’t happened yet.

Guess what? They eventually had that conversation — for nearly an hour. It’s not combative, and it’s not even all that political. Rather, they talked about things like the “compassion gap” she noticed with her parents and whether the church was doing enough to help poor people and those in marginalized groups.

Cooper has the full write-up on her website. Check it out.

If nothing else, I hope the pastor realizes that members of his church aren’t practicing the very things he believes he’s preaching. If he can’t accept and address that problem, then he’s in the wrong line of work.

December 19, 2016
Pakistani Airline Employees Beheaded a Black Goat Before Takeoff (Just to Be Safe)
Next Post