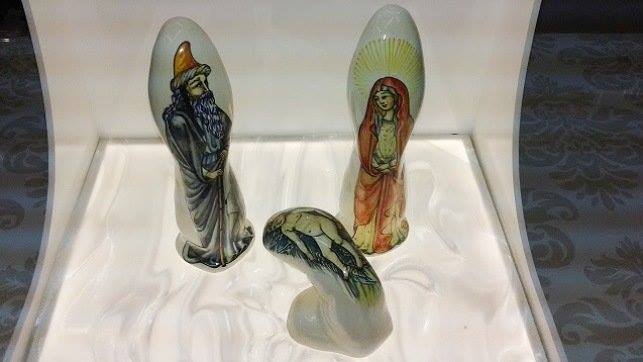 “A man with his wife ordered me to remove the offending scene and said that if I didn’t he would remove it himself,” Valdivielso recounted on his Facebook account, adding that he was subject to a barrage of insults and had to call the police.

Next the shop sign was vandalised with the word ‘pecadores’ — sinners — and the owner discovered a group calling themselves the Children of the Virgin Mary had launched a boycott on the store.

I have no problem with the boycott, but it takes a special kind of Christian to complain about the dildification of the Nativity by doing something far more (and actually) offensive.

December 18, 2016
Atheist and Satanist Displays in Boca Raton (FL) Park Have Been Restored and Locked in Place
Next Post

December 18, 2016 These Are Awful Reasons For Why Christians Should Stop Arguing With Atheists
Browse Our Archives
What Are Your Thoughts?leave a comment