Atheist and Satanist Displays in Boca Raton (FL) Park Have Been Restored and Locked in Place December 18, 2016 Hemant Mehta

The atheist and Satanist displays in Boca Raton, Florida’s Sanborn Square park have been vandalized and restored and stolen over the past week.

Now, once again, they’re back up. And this time, the Satanist display is locked in place. 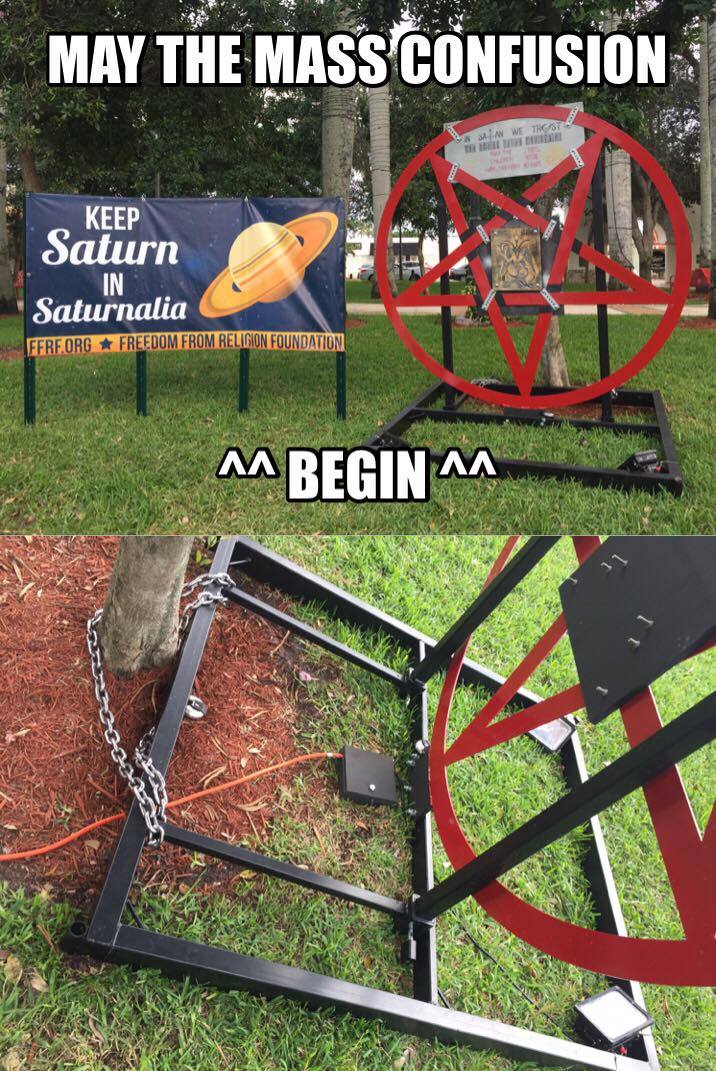 The “Let Reason Prevail” banner has been replaced by one saying, “Keep Saturn in Saturnalia.”

Incidentally, a group of Christians held a rally near the atheist/Satanic displays a few days ago denouncing their existence… At one point, they performed what I can only assume were Jedi Mind Tricks. 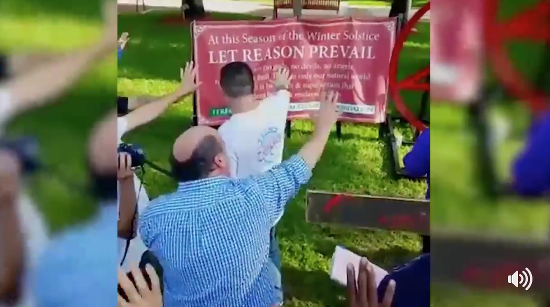 It wasn’t long after that demonstration that the displays were stolen.

(Thanks to David for the images)

December 18, 2016
Sure, the Accident Would Kill Me, But This Would Be So Much Worse
Next Post