Serena Williams Told Women to Dream Big, But Her Jehovah’s Witness Faith Often Holds Them Back

Last month, tennis star Serena Williams published an essay urging women to dream big. She lamented how women were “not supported enough” or were “discouraged from choosing their path.” She also spoke about the need for equal pay. 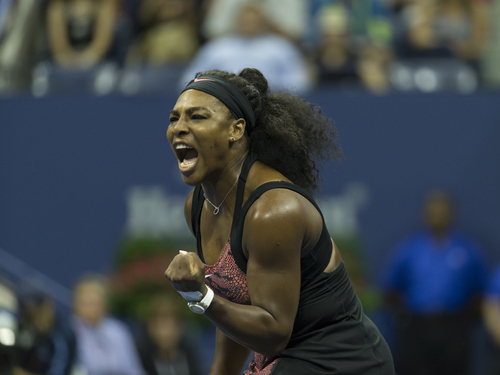 When Lydia Segebrecht, a former Jehovah’s Witness, heard all that, she agreed with the substance. But she also knew that her old faith — the one Williams still belongs to — does plenty to prevent women from getting ahead in life.

It seemed hypocritical to hear a celebrity advocate for women’s rights while simultaneously being one of the most famous proponents of an anti-women religion.

In an open letter to Williams, she points to several ways JW women are held back.

She will encounter daily indoctrination, teaching her that she should submit to male headship in all things, be it the headship of her husband or the headship of the all male church elders. She will be taught that she is not the equal of a man, and that her primary role is that of a helper, not leader or a decision maker. She will be told that her ideal position in is in the home.

In short, it is increasingly unlikely that a young girl growing up in the religion you identify with will be able to follow in your footsteps. It is possible that she may even find herself totally shunned and thrown out of her family under official church sanction for attempting to doing so.

There are many other problems women face in the faith, like being discouraged from obtaining higher education, but those problems apply equally to men.

Segebrecht isn’t expecting Williams to toss her faith aside anytime soon. She does, however, make a rather straightforward request:

… it is my hope that you might become a voice for reform within the faith you associate with, to speak out for the countless Witness girls like me who were denied their voice due to the patriarchal structure and beliefs that control the Jehovah’s Witnesses.

Will Williams listen? I doubt it. But she should recognize that religion is often the biggest obstacle to women achieving their dreams, and hers is one of the worst.

December 17, 2016 An Excellent Takedown of the Argument That Atheists Have No Morals
Browse Our Archives
What Are Your Thoughts?leave a comment