Everyone Wasted Their Time at a Hearing Over a Ten Commandments Monument at the Arkansas Capitol December 15, 2016 Hemant Mehta

For more than 18 months now, Arkansas State Senator Jason Rapert has been on a quest to install an illegal Ten Commandments monument on Capitol grounds. His bill was eventually signed into law — no one wanted to say no to a Christian display — so, of course, The Satanic Temple responded by asking to install a Baphomet statue right next to the Christian monument. Their application was filed this past August.

Rapert said in a tweeted statement in October that “there will never be a statue installed by the Satanic Temple on our Capitol grounds.” The way he sees it, the Christian display had to overcome all sorts of legislature hurdles to appear outside the Capitol, so all other monuments have to go through the same process, and they won’t have the support that the Christian display had.

He’s wrong about that. As soon as a Christian monument goes up on government property, provided it’s not part of some larger display about the history of, say, law (in which the Ten Commandments plays a bit role), it essentially becomes a public forum for other displays. On what grounds could anyone deny the Satanists’ monument? If their application is rejected, there will inevitably be a lawsuit filed, and if the courts follow precedent, the taxpayers of Arkansas will lose.

Yesterday, there was a public hearing on the matter, and plenty of Christians and Satanic Temple supporters showed up to voice their opinions.

Just one problem: No one actually cared what they had to say.

For all the talk about whether the Ten Commandments monument should go up, and whether a Baphomet monument would be approved, Rapert made clear that none of this was up for debate.

Even the three-member subcommittee got defensive as people appealed to them:

As [speaker Jim] Linsley left the lectern, a clearly exasperated Tony Leraris, the architect on the subcommittee, called him back, then asked: “Did you not hear what the Senator [Rapert] said about our job? The three of us were appointed to this commission to find a location. We did not vote for this, we did not vote against it. It was done in a prior session it was signed by the governor. The three of us, plus six others are on a committee to place this on the capitol grounds. That is our job. So to sit here and say you need to deny this, you need to deny that, that’s not my job.”

Leraris was asked what the goal of the public comment was if there was no chance of changing the outcome, Leraris said: “Because it is in the laws to have this public discussion, and we’re obligated to show up and listen.” When asked “To what end?” Leraris replied “I don’t know.”

The recommendation from the subcommittee to the full nine-member committee — as to the location of the illegal Christian monument, not to whether it should be erected at all — will happen soon.

Meanwhile, you can bet The Satanic Temple is just waiting to pounce with a lawsuit when the moment arrives. 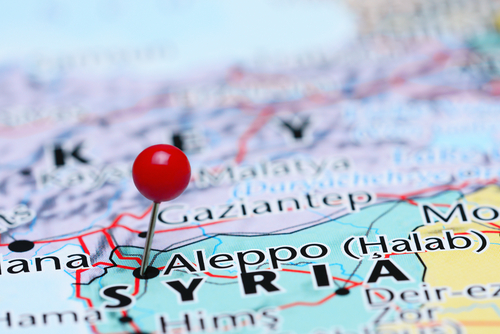 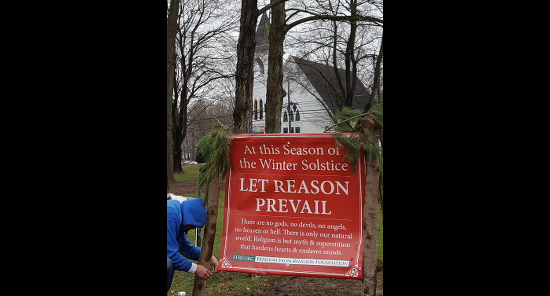