Earlier this year, members of the Kenai Peninsula Borough Assembly (in Alaska) were thinking about getting rid of invocations at meetings… but they kept them and said anyone who wanted to give one could do so.

So of course a member of The Satanic Temple eventually signed up. She delivered an invocation that included the line, “That which will not bend must break and that which can be destroyed by truth should never be spared its demise. It is done. Hail Satan.”

For some reason, that didn’t sit well with some of the Assembly members, so they voted 6-3 in favor of changing the rules. They didn’t eliminate the invocations, but they put in place new rules limiting speakers to members of “Assembly-approved religious association.”

Saying that only members of “established” groups could give the invocations effectively shut out atheists, Satanists, and members of smaller religious groups that didn’t have money for a building or rental space. This was only a step away from saying only Christians could deliver the invocations, and it opened the Assembly up to a potential lawsuit.

Last month, the Assembly members changed the rules again. This time, they voted 5-4 to reverse their previous decision, meaning invocations could once again be delivered by anyone… but even that wasn’t a done deal since one Assembly member wanted to reconsider that sensible move.

Assembly member Blaine Gilman, former president of the body, asked for reconsideration of the amendment at the next meeting. That means the current policy — which says the person delivering an invocation has to represent a religious group approved by the Assembly and fit a certain set of rules — stays frozen in place for now.

In all, the Assembly has put forward six separate pieces of legislation regarding invocations this year.

And guess what? The policy changed again last week to exclude speakers who were not members of an acceptable religious group.

The ACLU of Alaska has finally decided that’s enough. They filed a lawsuit yesterday against the Kenai Peninsula Borough.

The lawsuit claims the Borough is violating the Constitution’s Equal Protection Clause and the Establishment Clause by “favoring some religious practices over other religious practices, and from favoring religion over non-religion.” It also says the policy violates the plaintiffs’ freedom of speech and freedom of association.

“This is why we sued today,” said Eric Glatt, staff attorney at the ACLU of Alaska. “Rather than picking invocation speakers in a fair and neutral manner, such as first-come, first-served, the Borough has decreed that some speakers are acceptable and others — like our clients Lance and Iris — are not. This violates the Constitution’s guarantees of equal protection, freedom of speech, freedom of association, and not favoring one religious practice over another.”

It’s about damn time. If the Borough can’t decide whether or not to follow the law, then a court date will force their hand. Ultimately, taxpayers will have to pay the legal fees for the ACLU and the plaintiff. If they’re looking for people to blame for that waste of money, they should remember that in the voting booth.

December 15, 2016
Sean Hannity is Producing a Film Starring Kevin Sorbo as an Atheist Who Converts to Christianity
Next Post 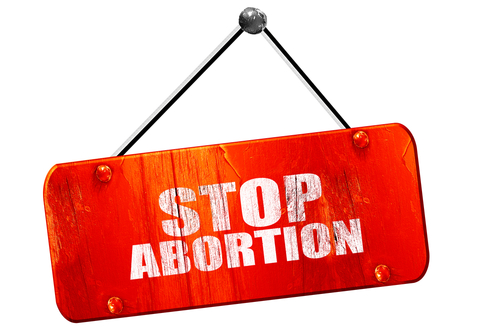 December 15, 2016 Oklahoma Legislature Wants To Lecture Women About Abortion While They Pee
Browse Our Archives
What Are Your Thoughts?leave a comment