David G. McAfee, who’s written several articles for this site, just released a Kindle book in which he answers some of the most common questions he hears from people who believe in the supernatural. It’s straightforward and doesn’t bore you with any unnecessary chapters or sections. 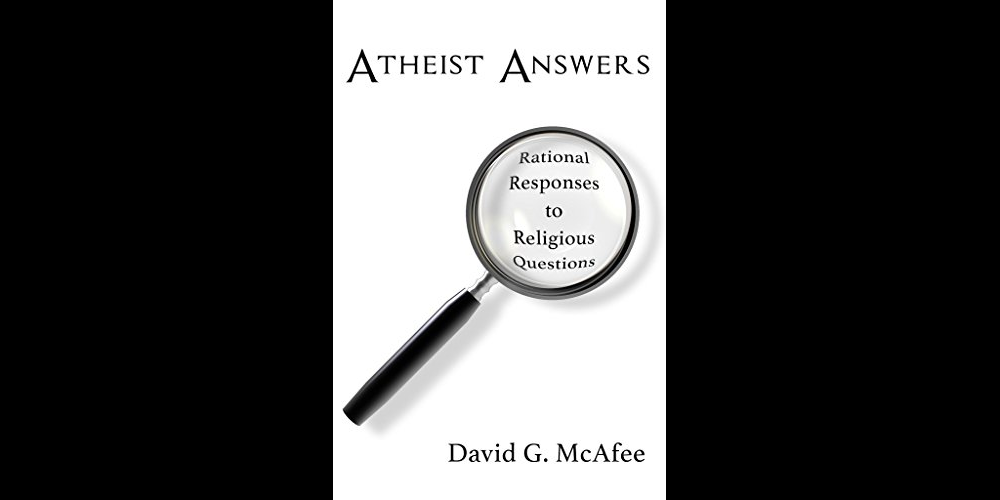 In the excerpt below, McAfee responds to questions involving some of the more common “buzzwords” and phrases atheists encounter:

Ch’i, prana, and other mystical “energies” have never been shown to exist under observable scientific settings. Considering the number of tests involving these mysterious powers, the most likely explanation of this lack of data is that they are simply made up — much like the fictional “Force” of Star Wars. They are all similar in that they describe mystical and unmeasurable energies, but the Force is very real in the world of the Jedi and can be demonstrated as such. In reality, however, these so-called cosmic forces only “work” because we believe in them. The placebo effect in action.

Do you believe in intuition?

What many people call “intuition” is not really the mystical force that many believe it to be. It is not an innate “gut feeling” that just happens to be right through some form of magic, it comes from past experiences. Our subconscious minds sometimes process information quicker than our conscious minds, so knowledge, information, and ideas may sometimes seem as though they were unprompted. This is why people tend to be “intuitive” about topics they spend a lot of time discussing, or areas in which they’ve done extensive research.

I have had many dreams that have come true sometime later in real life. I even dreamed about the Twin Towers falling. How do I rationalize these dreams with reality?

What you are experiencing is a combination of things. Dreams aren’t as specific and as clear as they may seem in the moment or after-the-fact. After having a dream, we may see something in our daily life that reminds us of that dream. Because a dream is more like a series of quick slides than an HD video recording, we fill in the blanks with assumptions and experience. Especially when you think you experienced a dream word-for-word, you can pretty much guarantee that your brain is making connections that aren’t actually there. Luckily for you, you can easily test these experiences by keeping a thorough dream journal. Upon waking, write down every single thing you remember about your dream(s). You can check later whether real life events matched up to your dream, but if you don’t “remember” until the moment happens, it’s likely a manufactured memory.

I believe in karma because it’s logical. For instance, if you give your friend a chocolate bar, he’s bound to give you something back at some point. What are your thoughts on karma?

My thoughts are that you don’t understand Karma and that your friend might not always give you something in return, rendering the entire hypothesis demonstrably false. Karma, the supernatural concept that good works result in favorable outcomes in the next life, is not just some vague “reap what you sow” concept; it’s a complicated Buddhist and Hindu belief that integrates with reincarnation. In the transformed New Age meaning of “karma,” however, believers claim that rewards and retribution are administered by “The Universe” during this life. This idea is demonstrably false. The fact is that good and bad people don’t always get what they deserve. To suggest otherwise is to ignore mountains of evidence to the contrary. You’d have to ignore every serial killer who has gotten away with his or her crimes and every child who dies a painful death before having the chance to harm anyone.

It’s easy to read and a great way to educate yourself on some of the more difficult questions you may hear. It’s also easy to purchase as a gift for someone you know, if you’re looking to have some entertaining conversations over the holidays. Be sure to check it out. The paperback is now available, too!

December 14, 2016
Indian Citizens Have Been Arrested and Assaulted for Not Complying With New National Anthem Law
Next Post

December 15, 2016 Science-Themed Christmas Carols for the Whole Family
Browse Our Archives
What Are Your Thoughts?leave a comment