“Keep Saturn in Saturnalia” Sign Goes Up Once Again in Warren, Michigan

If you’re visiting Warren, Michigan this week, be sure to check out this banner that says “Keep Saturn in Saturnalia.” It’ll be on Mound Road near a Nativity scene. 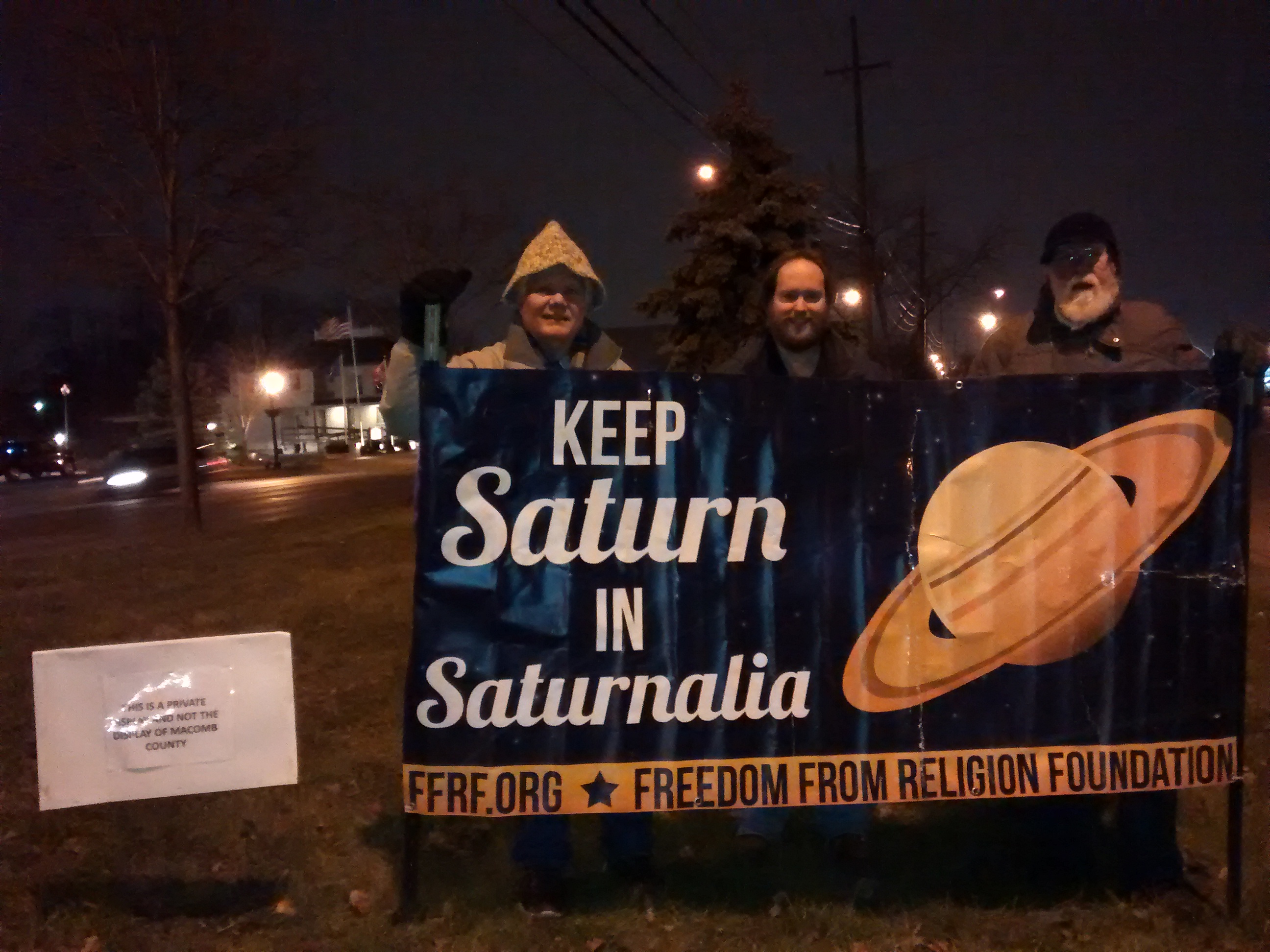 Saturnalia, observed during the time of the Roman Empire, was one of the most famous of the Winter Solstice festivities, and many Christmas traditions are based on it. The slogan on FFRF’s banner is meant to be a riff on “Keep Christ in Christmas,” and to remind the public of the real “reason for the season”: the Winter Solstice.

In 2008, FFRF Senior Staff Attorney Rebecca Markert sent a letter to the Macomb County Road Commission requesting an investigation into the placement and permit of a nearly 10-foot-tall crèche at the site where the FFRF banner is now displayed. The commission determined that the person who installed the nativity scene in the median of a highway had never received a proper permit and ordered him to remove it.

After a lengthy court battle, the 6th U.S. Circuit Court of Appeals said any individual or organization could apply for a permit to put up a display. That’s when FFRF arranged for a banner to be put up alongside the nativity scene, and this is the fourth winter in a row it’s done this.

You may recall that the same message went up on a billboard in New Jersey in 2013. It was mildly vandalized and set on fire (though the fire went out quickly). A year later, Clear Channel refused to run the same billboard because they didn’t want to deal with all the hassle.

December 12, 2016
An Atheist Whose Dying Religious Sister Condemned Her Has a Follow-Up On Her Story
Next Post