End Times Preacher Thinks Donald Trump May Be the Next Messiah (or the Lead-up to Him) December 13, 2016 Hemant Mehta

While credible news shows are debating how corrupt Donald Trump‘s administration is and will be, televangelist Jim Bakker convened a panel of End Times preachers yesterday to discuss how God is using Trump to advance His agenda. Because I guess they were done debating the colors of a unicorn’s horn…

Author Tom Horn chimed in with a comment about how Trump may be the Messiah. Or, at the very least, a predecessor to the Messiah. 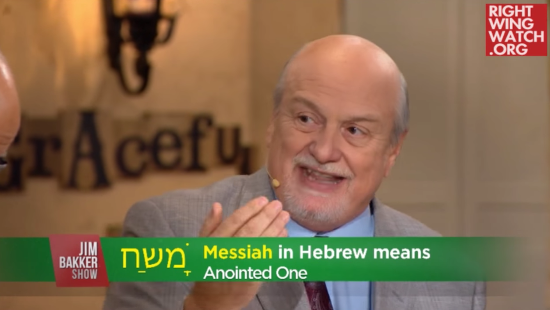 “They’re looking at Donald Trump” as the messiah, Horn said of “the rabbis,” saying that Trump’s name “actually means ‘messiah.’”

Among the clues that Trump may be the messiah, he said, is that the president-elect is a kingly and warrior-like leader committed to protecting Israel and, according to Horn, rebuilding the Temple of Jerusalem.

Horn said that if Trump is not the messiah, then he is likely “the forerunner” to the messiah who “will start the message in the wilderness and the messiah is going to come in on his heels.”

I’m dubious of any connection people make between Trump and the Bible that doesn’t involve the word “Apocalypse.”

But I’ll give Horn credit for this: In saying Trump will be a Messiah, he at least got the first four letters right. 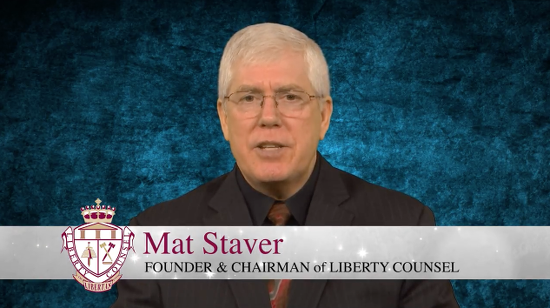 December 13, 2016
Liberty Counsel Thinks We Have Time To Beat Up Christians For Celebrating Christmas
Next Post