Christian Right Activist: When I Speak in Tongues, I’m Telling God I Want to Work With Donald Trump

Lance Wallnau is the Christian Right activist who said before the election that Donald Trump‘s infamous “grab her by the pussy” comment was just God’s way of humbling him before a promotion. (Because God promotes people by way of sexual assault?) He also said in November that the Cleveland Indians would win the World Series… then, when the Chicago Cubs won, said that was also part of God’s Plan.

I mention him now because he made a strange comment to a church audience over the weekend (around the 59:00 mark): 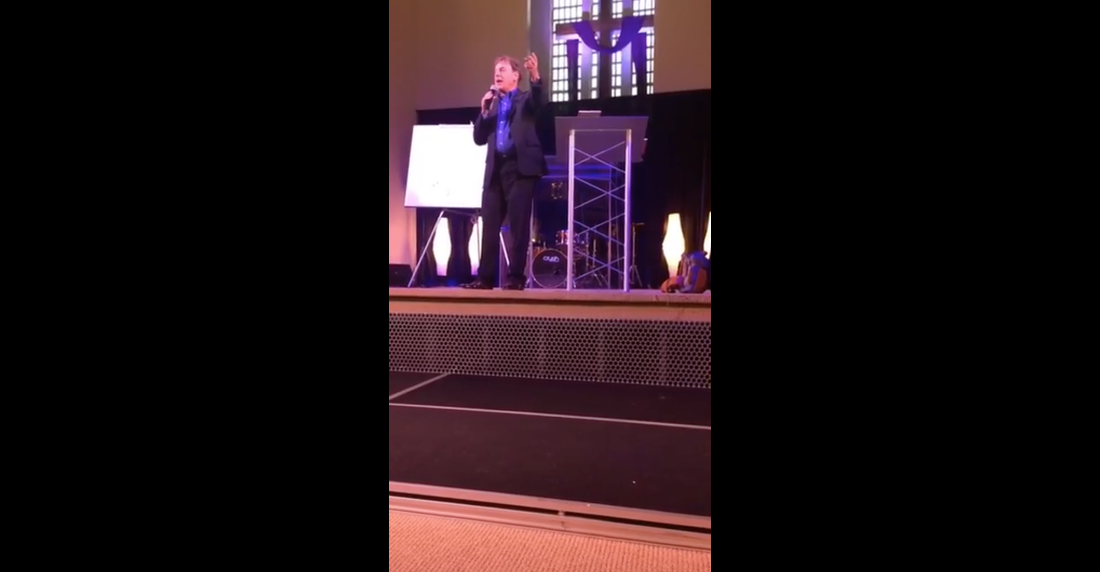 Speaking of his supposedly reluctant involvement with Trump’s transition team, Wallnau told the congregation how he knew this is what he was meant to do:

I think that Heaven is waiting for God’s people to advance. And I’ll say this, and I know that not everybody here, obviously, is a Trump enthusiast. But… I’ll tell you what Darrell Scott told us — the African-American leader I work with who’s on the Trump transition team.

I told him… What the heck am I doing here? First of all, I shouldn’t be in Trump Towers. I hardly know what I’m doing here. I’m working with minority groups. I don’t even have any history with minority groups, in the sense of activism. I don’t know politics that well. And, you know, I think… I’m always worried that I’m getting outside my calling doing this stuff because I don’t even know what I’m doing.

I have no clue what I’m doing, but whenever I speak gibberish, I’m secretly telling God that I want to work with Donald Trump! Even I didn’t know I wanted that thing that I totally wanted and told God all about.

It’s very convenient that when Wallnau speaks in tongues, impervious to translation by mere mortals, he’s confirming his involvement with a President-elect who makes Richard Nixon‘s corruption seem like child’s play.

Let’s be clear about what he’s really doing: He’s rationalizing his actions in a way that no one can challenge him. If Trump later gets impeached or does something so bad that even the media can’t ignore it, Wallnau can just say he was following God’s orders — after all, you can’t expect him to control the words coming out of his mouth, when only God can understand them, right?

In Wallnau’s case, at least, there are plenty of statements he’s made in English that are equally disturbing. He doesn’t need to hide behind tongues when the things he’s said on purpose are just as bad, if not worse.