A few days ago, American Atheists’ national program director Nick Fish appeared on Fox & Friends to discuss his group’s latest billboards urging non-religious Americans not to go to church this Christmas. One of the hosts was so offended by his different opinion, that she invited him to church with her.

Yesterday, Fish was back on Fox News — this can’t possibly be a good habit — to defend the billboards again. Pay attention to the calm way he explains the purpose of the signs… and how the host and other guest overreact to his sensible reminder that it’s okay to skip church if you don’t believe in a god. 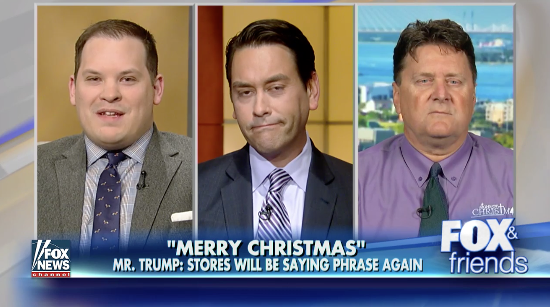 The Christian guest, David Johnson, applauded American Atheists for acknowledging “Christmas” — even though the billboard would’ve been clunky with a secular alternative. He also thanked the group: “Without the atheists, I wouldn’t be on Fox News right now!”

The host, on the other hand, asks the same idiotic question they asked the other day: “Why do you care how someone spends their holiday?” The answer to that, which Fish gives without hesitation, is that these signs aren’t about telling people to do something they don’t want to do. If you want to go to church, have at it. I’m sure the folks at AA would have a theological debate with you sometime. These billboards aren’t directed at them. These billboards are for the countless Americans who attend church every week out of obligation or pressure instead of because they believe what the pastor is saying. They need to know that skipping church is okay!

To his credit, Johnson agreed with Nick’s position.

The host was shocked: “David, it doesn’t sound like you’re terribly offended by this…”

Not at all. Johnson even encouraged Christian viewers not to send the atheists hate when this clip got posted on social media. By the end of the exchange, the host seemed flabbergasted and the atheist and Christian were a handshake away from a Beer Summit.

If only every exchange between people who disagree could be that amicable. 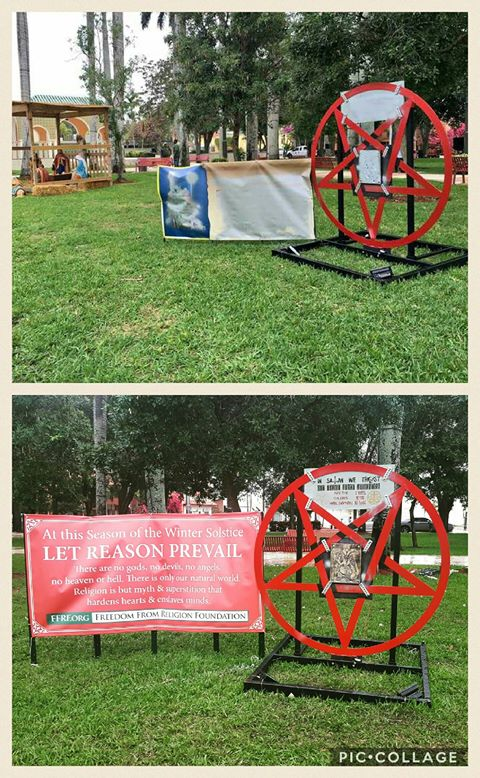