One Atheist’s Clever Message for the Salvation Army

Here’s an interesting idea: Instead of giving money to the Salvation Army this year — since it’s a religious charity that discriminates against LGBT people — consider dropping this note in the red pails: 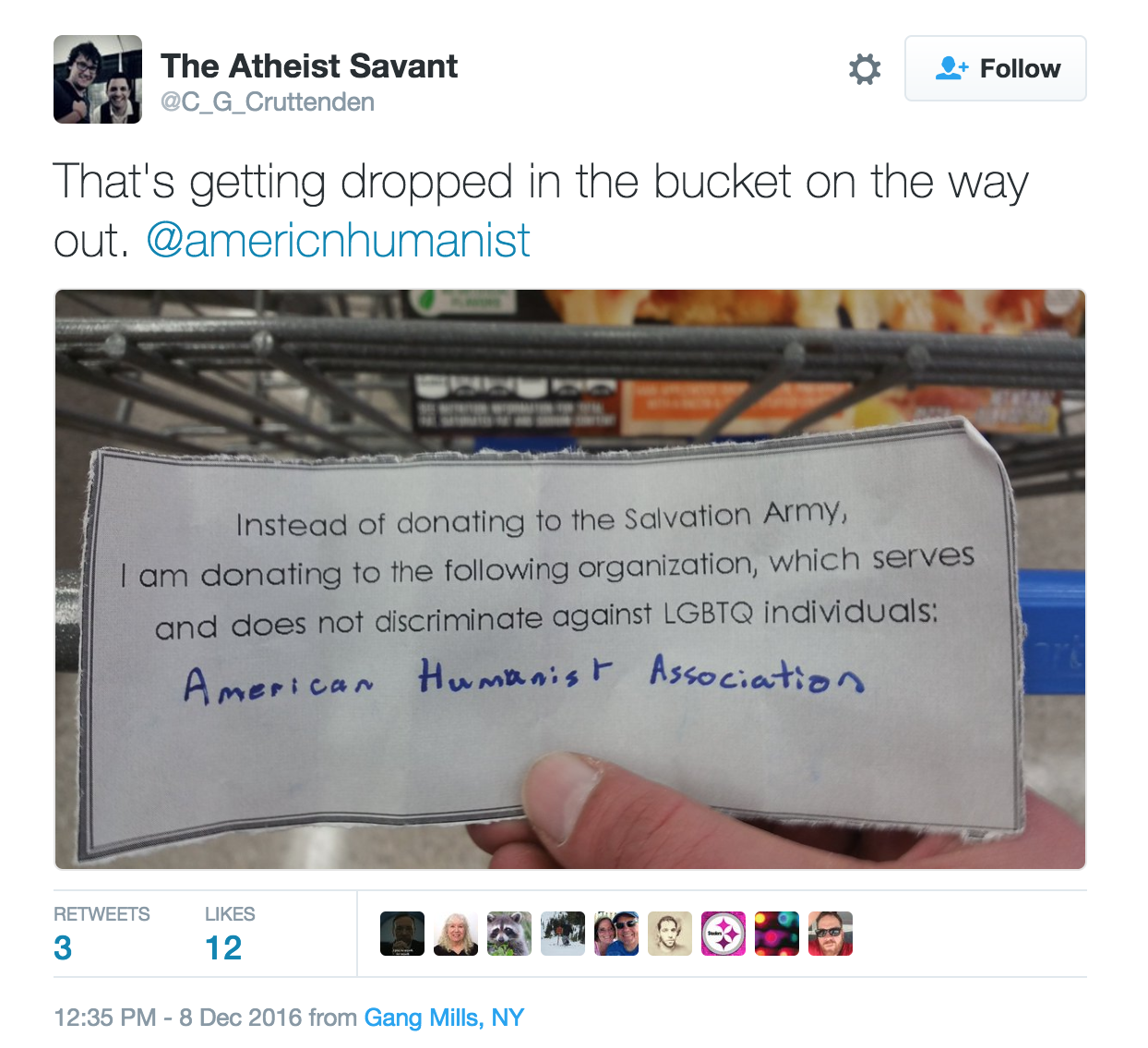 It’s not just that you’re giving to a secular organization. It’s letting the Salvation Army know that you would’ve given to them if their hiring policies weren’t so bigoted.

When I initially saw the picture, part of me thought it was a dick move. By all means, give money to a Humanist group, but why rub it in to a group you’re not giving to? The more I thought about it, though, the more I like this approach. The Salvation Army always gets plenty of good press this time of year. They need to hear from people who aren’t giving to them and have a good reason for it. Staying silent gives them no reason to even consider changing their policies.

December 10, 2016
How to Mark the Most Important Moments in Life... Without God
Next Post

December 10, 2016 Ken Ham Slams Ark Encounter Documentary About Our Nation's "Troubled Relationship With Science"
Browse Our Archives
What Are Your Thoughts?leave a comment