A Former Pastor Explains How the Typical Christian Response to Evil Led Him Away From the Faith December 10, 2016 Hemant Mehta

Scott Heller is a former pastor from Colorado who has a really insightful essay into what drove him away from the ministry.

It centers around the age-old question about why God allows evil to happen. Heller remembers when he couldn’t make sense of God’s supposed logic in certain situations and his memorized answers (e.g. “It’s part of God’s Plan”) weren’t helping anyone. 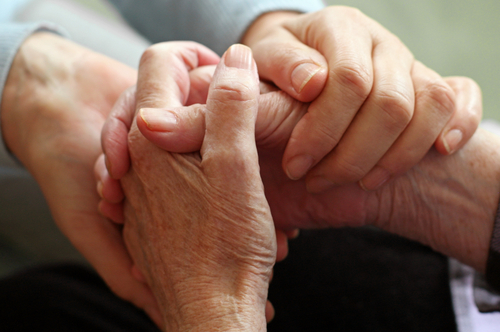 Children were crying as horrible diseases stripped them of any hope of joy.

Vibrant active young adults became crippled and died by every manner of injury and disease.

Cancerous evil that was devouring individuals, families and communities seemed to be everywhere.

It didn’t take long for me to I realize I wasn’t really helping anyone [with my stock responses]. I was simply fooling myself into a temporary respite from the inadequacy I felt when confronted by the questioning voices. Soon I saw the logical and theological flaws of all these worthless platitudes. They were trite and oversimplified attempts to put a Band-Aid on a wound of infinite size.

He soon realized that what families needed weren’t the responses he was taught to give them, but rather something else that anyone — regardless of theology — could offer:

What I eventually learned is that when evil strikes at the personal level, people really don’t need answers and what I said didn’t matter as much as how I said it. Suffering humans need other humans. They need someone to listen; someone who cares; someone to lean on.

He eventually found the answer to the question that haunted him:

Why does an all-knowing, all-powerful and perfectly good God allow evil? He doesn’t, because he doesn’t exist. After all, where was he while I so fervently sought the Holy Grail? You would think defending himself would be one of his major concerns.

Like I said, fascinating stuff. And there are far more details in his essay. Read the whole thing here.

(via Rational Doubt. Image via Shutterstock. Thanks to Ed for the link)