Scientists Found a 99-Million-Year-Old Dinosaur Tail Trapped in Amber. What Will Creationists Say?

According to an article published yesterday in the journal Current Biology, scientists have discovered a part of a dinosaur’s tail preserved in amber that’s approximately 99 million years old. 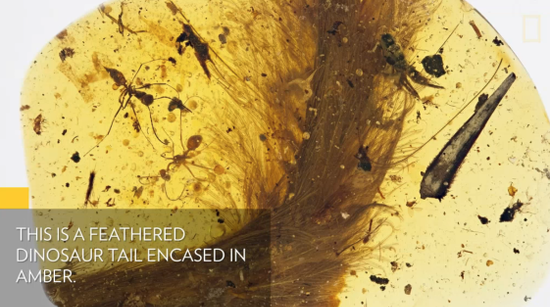 The semitranslucent mid-Cretaceous amber sample, roughly the size and shape of a dried apricot, captures one of the earliest moments of differentiation between the feathers of birds of flight and the feathers of dinosaurs…

Based on the structure of the tail, researchers believe it belongs to a juvenile coelurosaur, part of a group of theropod dinosaurs that includes everything from tyrannosaurs to modern birds.

It’s an incredible find. But now we have to ask the obvious question: how will Creationists try to dismiss this discovery? Will they pretend there’s no way to know the age of this tail? Or will they just say “Satan planted it to confuse everyone”?

My money’s on them just sticking their fingers in their ears and pretending this never happened.

(Screenshot via National Geographic. Thanks to Gunnar for the link) 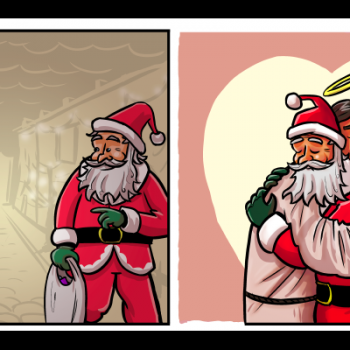 December 9, 2016
This Is What Jesus and Santa Would Say to Each Other
Next Post