Prince, a Devout Jehovah’s Witness, Once Asked if President Obama Could “Outlaw Birthdays”

In a year that saw the death of singer Prince, GQ‘s Chris Heath spoke with several people who knew him to get their stories about the legendary artist. 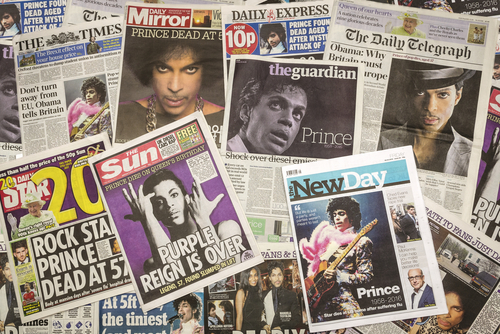 One story in particular stands out, and it references the singer’s Jehovah’s Witnesses beliefs (without explicitly saying that). It comes via CNN analyst Van Jones:

He was very interested in the world. He wanted me to explain how the White House worked. He asked very detailed kind of foreign-policy questions. And then he’d ask, “Why doesn’t Obama just outlaw birthdays?” [laughs] I’m, like, “What?” He said, “I was hoping that Obama, as soon as he was elected, would get up and announce there’d be no more Christmas presents and no more birthdays — we’ve got too much to do.” I said, “Yeah, I don’t know if that would go over too well.”

I’m not sure if Jones didn’t understand the reference, or it was edited out of the piece, but that anecdote isn’t just evidence of Prince’s eccentric character.

Witnesses don’t celebrate birthdays — including the birth of Jesus — because they think it upsets God. The Bible, they say, honors the death of Jesus, but the births of nobody who serves God. Plus, it’s originally a Pagan ritual.

With that in mind, it’s still odd that Prince would ask Jones whether the President could get rid of birthdays for everyone, as if Obama would ever foist Prince’s religious beliefs upon everybody.

Jones had the good sense to laugh it off, but that request wasn’t exactly out of left field.

December 9, 2016 A New App in Spain Lets You Summon a Catholic Priest to Confess Your Sins, No Matter Where You Are
Browse Our Archives
What Are Your Thoughts?leave a comment