Operation Sleighbell is one of those hard-to-criticize church-run charities where the volunteers who run it take donations of Christmas gifts, then price them well below market value so that families without a lot of money can buy gifts while stretching their dollars. It’s a wonderful act of kindness. 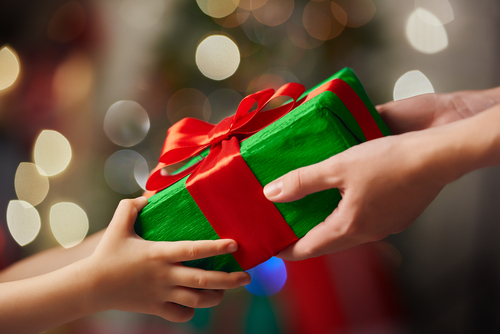 You would think, then, that the Champaign, Illinois charity would take all the (appropriate) gifts people wanted to give. And for the past couple of years, the patrons of Cole’s Corner Tap in Peoria would donate gifts when visiting the bar. They’d get a free drink for their generosity, the gifts would go to Operation Sleighbell, and everyone was happy.

But this year, when the bar’s owner Dixie Cole wanted to know where to drop off the gifts, she was told they weren’t wanted:

… Cole was told not to bother with her drop-off. Donations would not be accepted from any bar.

Henrietta Dinzler, the volunteer coordinating the program for Dayton Avenue Baptist, says she discussed Operation Sleighbell with [Pastor Rick] Smith [who founded the charity] in the summer. When he mentioned the bevy of donations from Cole’s Corner Tap over the past two years, Dinzler expressed discomfort.

“According to our church covenant, we will not buy or use alcoholic beverage for the purposes of getting drunk,” she says.

Smith, she says, gave her the power over whether to accept the tap’s donations. So she prayed about it.

“I just felt the Lord leading me to turn down the donations for a bar,” she says.

Cole’s reaction is the same one any sensible person would have: “It shouldn’t matter where the toys come from. There are a lot of needy kids out there.”

It brings to mind the Oklahoma children’s charity that rejected a gift of more than $20,000 because it came from atheists, even though there were no strings attached.

The kids in this case don’t know where their presents are coming from. Their parents don’t know, either. The Grinch-like God voice in Smith’s head sends the message that it’s okay to refuse kindness and generosity if it comes from people you think are sinners.

Do they take gifts from divorced people? Adulterers? Gay people? Do they even ask those questions when people make donations? Or do they just accept the gifts as the donations they are meant to be. After all, in the eyes of Jesus, we’re all sinners, so let’s just try to be good to each other.

Nope. Forget it. Cole was told to take her gifts back.

Thankfully, there was another charity that accepted them.

Cole says she later called the Children’s Home, which had been short on toys for Christmas gifts. The agency gladly agreed to take the toys.

“I told them where the toys were coming from,” Cole says. “They didn’t care.”

As they shouldn’t. At least some kids will benefit from their kindness.

The whole story is just a reminder that religion can be a vessel for charity… as well as an obstacle to helping others.

(Image via Shutterstock. Thanks to Stanzi for the link) 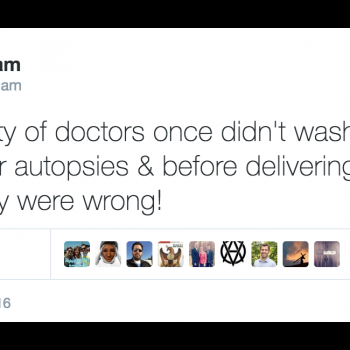 December 9, 2016
Creationist Ken Ham: Scientists Have Changed Their Minds Before, Therefore Evolution Is False
Next Post

December 9, 2016 Todd Starnes Lies About Texas School "Censoring" Poster That Illegally Promoted Christianity
Browse Our Archives
What Are Your Thoughts?leave a comment