Should It Matter That HGTV Reality Show Hosts Belong To a Church That Opposes Marriage Equality? December 6, 2016 Beth Stoneburner

Should It Matter That HGTV Reality Show Hosts Belong To a Church That Opposes Marriage Equality?

Chip and Joanna Gaines, stars of the HGTV reality show Fixer Upper, were recently “outed” by Buzzfeed‘s Kate Aurthur for belonging to a church that is anti same-sex marriage. The implication was that they shared the view and would possibly ban gay couples from appearing on their show. (HGTV later released a statement saying that they “don’t discriminate against members of the LGBT community in any of our shows.”) 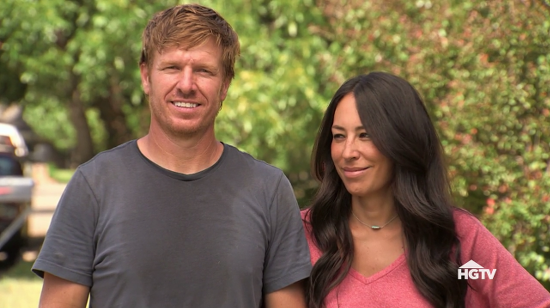 It’s not the first time conservative Christian hosts on HGTV have been pressed on their views. Brothers David and Jason Benham lost their own HGTV show in 2014 after their public remarks against homosexuality reached a wider audience and became a problem for the network.

But while Gaines’ religious views are hardly a secret on the show, they haven’t been vocal about same-sex marriage one way or the other. It was a non-issue as far as their public personas were concerned. It was hard to imagine, then, that the article was anything less than an attempt to punish them for their pastor’s beliefs.

Patheos evangelical blogger Jack Lee has even insisted that the couple is owed an apology for the unnecessary public shaming:

I agree with Lee that a Christian couple holding to “traditional Christian values” is not exactly newsworthy. Moreover, it’s possible to attend a church without agreeing to every one of its precepts.

That being said, gay marriage is an issue of human rights, which makes BuzzFeed’s response understandable, even if it is a bit over the top. It’s not as if the Gaines’ pastor has claimed that tea is superior to coffee, that dogs are superior to cats, or something else equally subjective. Their show has every right to exist, but if Chip and Joanna’s views really do match those of their church, then frustrated viewers have every right to refuse to support the couple by buying their products.

The Gaines’ spiritual beliefs ultimately should not be a concern, so long as they are able to separate their beliefs from their professional lives. But if those beliefs prevent the couple from treating their customers, employees, or show guests equally — and there’s no evidence that this is the case — then they deserve the criticism.

December 6, 2016 An Atheist and a Christian Discuss Whether Religion Leads to Violence
Browse Our Archives
What Are Your Thoughts?leave a comment