Dr. Renée Bergstrom, now 72, was just three years old when, back in 1947, her Christian mother took her to a doctor to have the girl’s clitoris removed. The problem, as the concerned parent saw it, was that the toddler had possibly been rubbing her private parts. The physician performed a clitorectomy, and that was that.

Bergstrom, in a brave opinion piece for the Guardian, points out that the barbarity

“… took place in a church clinic that used a scalpel on girls who masturbated.” 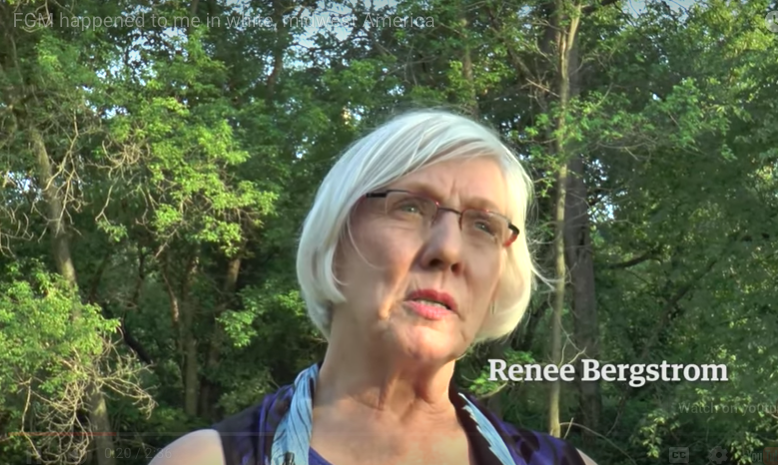 “I remember the excruciating pain and feeling betrayed. I was told not to talk about it, but keeping the secret meant I was alone with my questions as I grew into puberty: what was missing? What would it be like to be ‘whole’?”

The procedure didn’t just rob Bergstrom of a lifetime of sexual pleasure, causing discomfort all the way; it indirectly put her life at risk when she and her husband started a family.

“My first child and I could have died — an almost universal impact of FGM is difficulty giving birth. I, like so many women around the world, did not know genital scar tissue does not stretch. I wanted to be fully awake to experience giving birth, but my obstetrician performed an extensive episiotomy under anaesthetic that took months to heal. He was compassionate and shocked to hear the origin of my scar.”

Bergstrom wasn’t the only one.

It seems impossible to know how prevalent this shameful practice was. Dr. Sarah Rodriguez of Northwestern University’s Medical School, interviewed in the YouTube video above, says that

“It was never rare, but it also wasn’t common. One physician would have done it once or twice in his or her practicing lifetime, perhaps, and other physicians wouldn’t have done it at all.”

Although Bergstrom has broken loose from shame and silence (and in fact is part of a campaign to end female genital mutilation across all cultures), she is still in the thrall of religious thought, openly believing in divine blessings and a Creator. That kind of magical thinking will probably be harder to stamp out than FGM.

December 6, 2016
After One Woman's Parents Voted for Donald Trump, She's Holding Their Pastor Accountable
Next Post